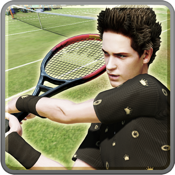 You don't have to head out to the courts in order to enjoy a great and challenging game of tennis. The Virtua Tennis Challenge for your iPod touch, iPad, and iPhone just so happens to be part of one of the largest tennis game franchises out there. This franchise is typically available through SEGA so this is the first time users are able to enjoy it on their mobile device. You will be able to take on 50 different opponents in stadiums placed all around the world so get ready for some serious competition.

Thanks to the Virtua Tennis Challenge app this game is now more accessible to player than ever before. There are all kinds of challenges to take on as you work your way around the world at the 18 different stadiums. There are 50 opponents in total and each has their own style so you'll need to react and up your game each time. You can start to match the style of your opponent and really send them for a loop with a super shot. Thanks to all the different options the app features hours’ worth of gameplay.

The best hockey games for iPhone and iPad

Its last update was more than a year ago when it was made compatible with the iPhone 5 screen. At this point it could definitely do with some additional updates. Although there is no customer rating there are customer comments, which are fair at best. Users would like to see more offered in this app especially considering the price tag. Some are also unhappy with the gameplay and the actual game controls. 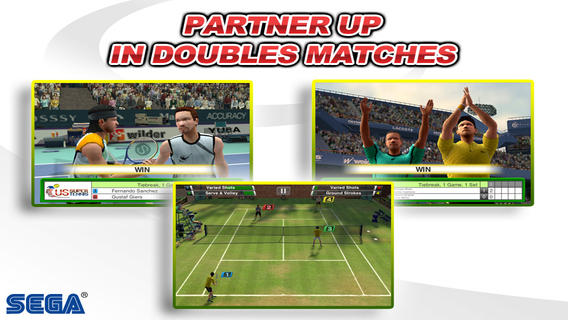 Play in single or doubles matches

The Virtua Tennis Challenge app gives you the ability to offer up drop shots, lobs, slice shots, and top spins. These are all done by using touch gestures, which as users have stated, can be temperamental and not always responsive. Just as you will be playing in different stadiums you'll also be playing on different surfaces: grass, clay, indoor courts, and outdoor courts. You will need to adjust your shots accordingly, which can take quite a bit of perfecting. There are also different game modes so you can play in a doubles match or a singles match.

There are a variety of game modes to pick from which are training mode, quick match mode, exhibition match mode, and SPT World Tour mode. Each has their own features. 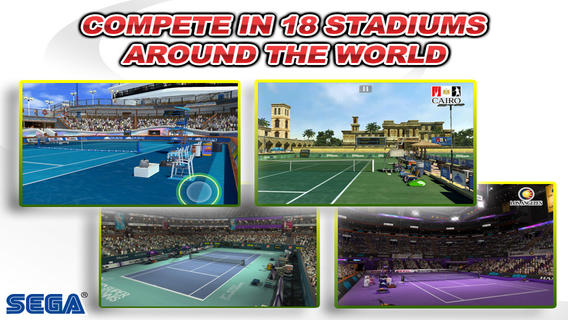 Enjoy playing in all kinds of stadiums around the world 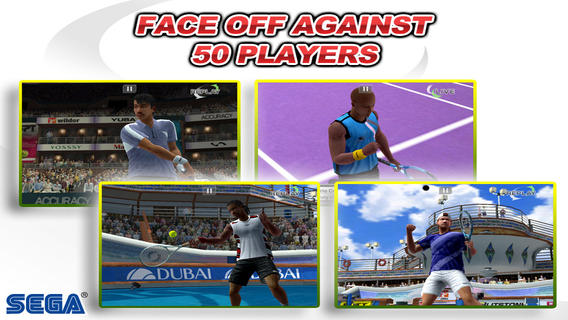 The Virtua Tennis Challenge app for your iPod touch, iPad, and iPhone strives to deliver a fun tennis experience unfortunately the controls leave much to be desired and the game itself just feels a bit under-whelming.