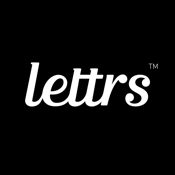 It used to be that in order to communicate with someone we'd send a letter in the mail, but nowadays communication has completely changed. The lettrs app for your iPod touch, iPad, and iPhone challenges users to step back and communicate in simpler ways. This is a social messaging network that features thousands of people speaking in 80 different languages acting as each other's pen pals. It gives users a very personalized way to communicate and feels much more intimate than sending text messages and emails.

Here's a chance to make your voice heard around the world by penning a letter, a thought, an idea and sharing it with the global community. You can actually write a letter right within the app and then "deliver" it through a number of different means. These letters may convey deep thoughts, a funny observation, or something sweet and romantic. This app really manages to stand out from emails and text messages, which means there is a much higher chance of your message being read. Admit it: we’re all guilty of passing right over emails and text messages because they are never personal feeling and there are just so many in a day.

The best iPad apps for emoji

The app has just had some overhauls so it now offers an activity screen and the user interface was re-designed. The app requires iOS 7.0 or later to use and currently has 4.5 out of five stars from users. Users have made a number of comments regarding the app's simplicity, its uniqueness, and how easy it is to use. 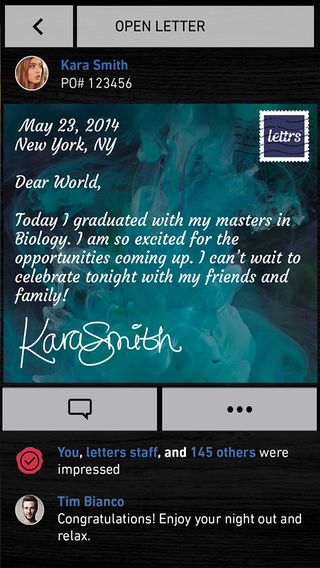 What's great about the lettrs app is the fact it supports more than 80 languages around the world so that you can really broaden your social circle. Not only that but you don’t have to even know how to write in those languages because there is a real-time translation tool. When you finish writing your letter you can add a customized signature that features a doodle for each of the letters or a personalized signature. You can add photo attachments to your letters, apply a beautiful theme, use geo-location, or tags. Sending the letter can be done through Instagram, Twitter, Linkedin, Facebook, email, and the lettrs.com website.

I find the user interface to be quite beautiful and just as users have stated, it's a breeze to navigate. One of my favorite features is the Fridge that allows you to display letters. 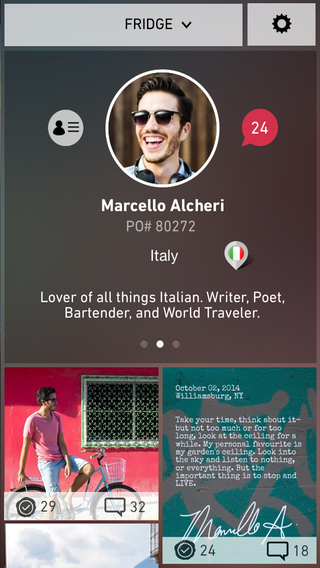 Check out your fridge view 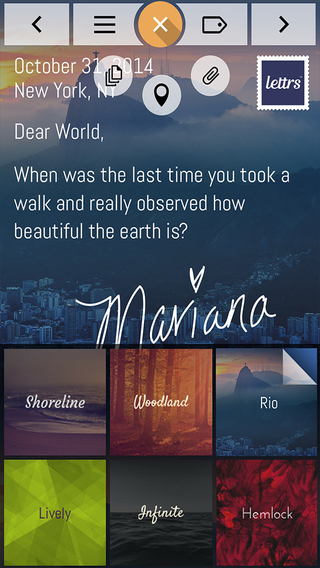 The lettrs app for your iPod touch, iPad, and iPhone makes it possible for you to write letters in a more traditional sense. This app is beautiful, fun to use, and extremely fluid.