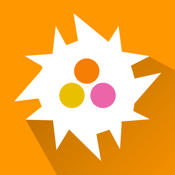 Shots And Dots is a game for the iPhone and iPad which is highly reminiscent of the old-school NES games, except it has a realistic physics engine that makes for an even more fun gaming experience.

This app will equip you with a large cannon and a limited number of cannonballs for each round, and you must fire these cannonballs at a bunch of dots to pop them.

The objective of this game is to pop as many dots as possible.

Shots And Dots is available for free from the Games section of the App Store. This is a free app and it’s also lightweight, occupying just 11 MB of space. So if you decide you want it on a whim, you can have it on your iOS device in just a few moments without spending a dime.

There are two game modes in this app: Moves mode and Timed mode, which make for fun and interesting gameplay options. Only a single level is available from each of the modes when you begin playing.

The Moves Mode is where you are provided with a limited number of cannonballs to shoot at the dots, and there’s no time limit.

The Moves Mode necessitates that you pop a certain percentage of dots from the level in order to proceed. When you successfully finish a level, the next one will unlock automatically. 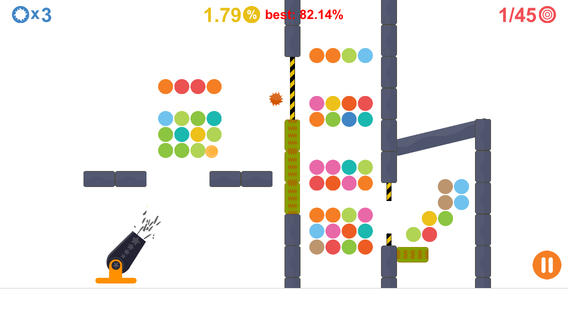 The Timed mode is where you must pop all the dots on the board within a limited period of time, but you are given unlimited cannonballs, though the number of cannonballs you use will be tracked.

Users can power up and power down their cannons by tapping holding anywhere on the screen. Move your finger as you tap and hold to point the cannon in the direction you want.

There are 31 levels to this game with more coming up soon, as promised by the developer. There are no hidden costs in this app, and no ads either, so you can download it for free and have fun playing the game as you unlock levels by winning, not by spending money. 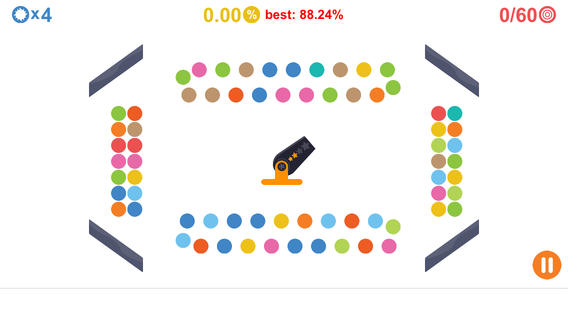 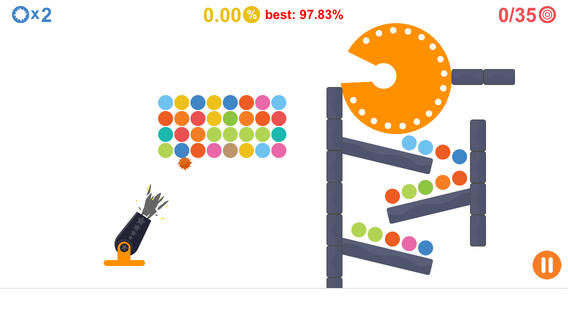 Strategize your way to victory

Shots And Dots is a great game which I’m definitely going to keep both on my iPhone as well as iPad, because it’s just so much fun to play! If any of my friends or family ask me for suggestions for simple yet engaging games, this will be my first recommendation!