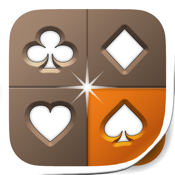 ▻Cards - Three Solitaire Puzzle Games in One App is a three-in-one Solitaire cards game app bonanza for all you card game addicts out there, providing a combination of Freecell, Spider, and Klondike on your iPhone and iPad.

The best puzzle apps for iPhone

Playing this has brought back a lot of memories, namely the amount of time I used to waste playing Solitaire on Windows 98 (or was it Windows 95?). Either way, this is a great app which should offer many hours of fun, so it definitely receives my recommendation!

If you like your card games then you’re going to absolutely love this app as is offers Freecell, Spider, and Klondike variations of Solitaire for anytime play on your iOS device, complete with some great gesture-based controls to help you effortlessly move the cards around the board.

The games come with three difficulty levels for you to choose from, and if you get stuck then you can set up automatic hints that will help to get you out of tight spots. 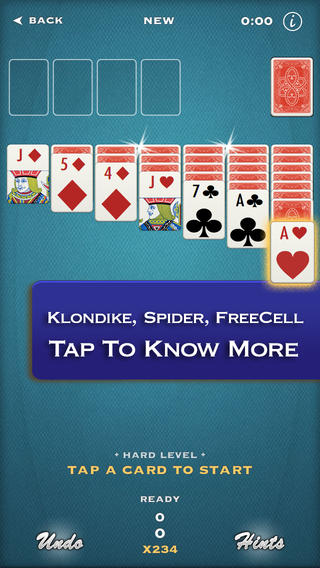 If you’ve only ever played one form of Solitaire before then  ▻Cards - Three Solitaire Puzzle Games in One App should be a great way of learning the variations because the full game rules for all three versions come included.

What’s more, you can save your games at any point to pick up where you left off at a later date, and you’ll also receive ongoing statistics so that you can chart your performance over time to see how you’re improving. 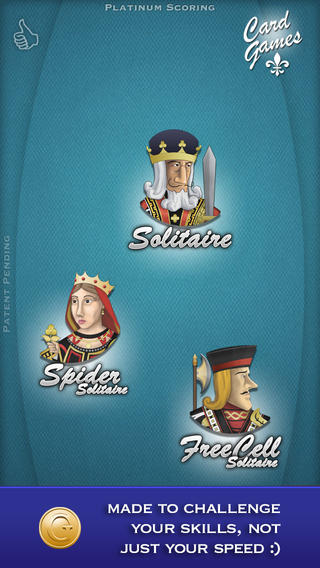 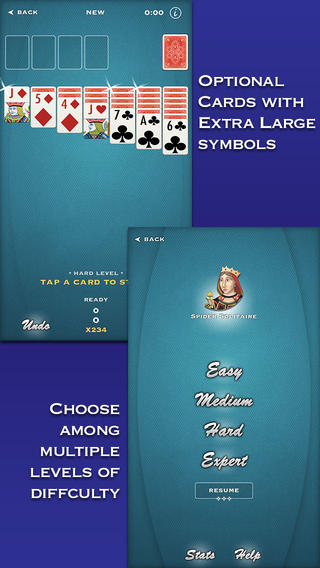 ▻Cards - Three Solitaire Puzzle Games in One App is a ton of fun for fans of card games, and of course Solitaire in particular; be sure to keep this iPad and iPhone card game for those long car journeys or procrastination sessions!