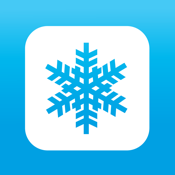 We've got an iPhone extreme games app that can really help you enjoy a full season's worth of snowboarding thrills and adventures. The Snow Dice app for your iPod touch, iPad, and iPhone has been mentioned by all kinds of media sources as a fun little app to use during the season.

The best iPad apps for skiing

This good extreme games app for iPhone and iPad provides you with a way to challenge yourself and your fellow snowboarders to complete tricks while on the slopes. It’s like throwing a dice out on the snow that gives the person being challenged a trick they must perform.

For more details on this extreme games app, check out our Snow Dice app review below.

Spice Up the Action on the Slopes

There is an in-app purchase available that gives you the ability to take part in a multi-player game. This option is available for $1.99.

The best snowboarding apps for iPhone and iPad

This option gives you the ability to play with up to four players in a game, you can play against people anywhere in the world, you'll get notified when your friend lands their trick successfully, and more. Snow Dice scores a perfect five star rating from users who seem to be having plenty of fun with it. 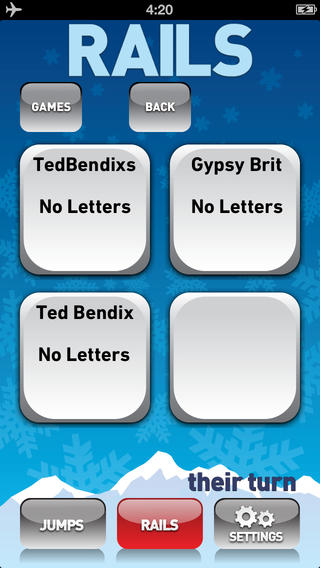 The Snow Dice app offers plenty of trick options such as eight grab options for jumps, four spin directions when jumping, spin on/off 180s, lipslides, pretzels, and so much more. The developer states that there are actually thousands of trick combinations which means you'll never be bored with what it offers.

If you're new to the sport you may not be familiar with all trick terms which is why you'll want to refer to the Tricktionary. This section explains each and every trick in detail so you're never confused about what you need to do in your challenge.

The user interface is incredibly basic but that's all that is needed because this app is about the tricks you're performing on the actual slopes. The Snow Dice app can be used on your iPod touch, iPad, and iPhone and gives you the ability to stop bragging about your snowboarding skills and start showing them off instead. This app is smooth, simple to use, and the Tricktionary is a fun bonus.