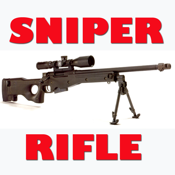 Whether you know much about rifles or not this app can be a learning opportunity for you as it gives you a chance to build your own customized sniper rifle. The Sniper Rifle! app for your iPod touch, iPad, and iPhone provides you with all the tools you need to create this customized rifle. You'll find an extensive parts library that is full of barrels, stocks, and scopes, allowing you to get as customized as you like. The app even gives you the ability to share your finished product on your social media and by email.

The Sniper Rifle app provides users with a virtual customization experience where you'll be able to build the exact sniper rifle you want. The app claims to feature high resolution graphics so as you browse through the parts library but you’ll soon find they aren’t actually that impressive. You'll be able to build a camouflage rifle, a long range, or short range rifle. Take your pick from plenty of barrels, stocks, and scopes. After you create your sniper rifle you can share it by email, Twitter, and Facebook.

The app hasn't been updated in two years now with the last one making it universal. It only scores 1.5 out of five stars, which is sending a pretty clear message. It seems this app is missing the mark in all kinds of ways and considering it's not free it's creating plenty of unhappy customers. Users have commented on the fact it really doesn’t “do” anything, meaning it’s boring and feels rather useless. 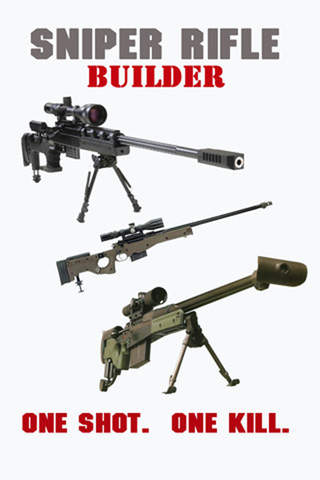 What Can You Do With the App?

As users have stated, the Sniper Rifle app really doesn't allow you to do much other than build a rifle. Yes you have a fair amount of items to choose from and you can save your creation but that's it. One of the only features is that you can use one of your own pictures and then add your customized rifle to the photo. Overall it’s not very exciting and it’s not a good sign when you only have one real feature to offer users.

In general the app just feels like a letdown. There is nothing that stands out, the graphics feels second-rate, the library of parts feels rather basic, and as users have commented there’s really nothing much you can do here. I don’t see how this app would keep someone’s attention for long or bring them back for more. 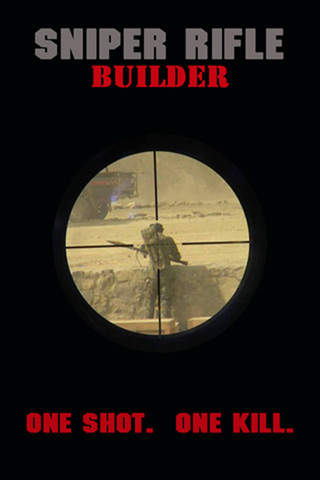 The app fails to impress users

The Sniper Rifle app for your iPod touch, iPad, and iPhone unfortunately feels rather pointless. I’m not really sure of what its point is to be honest and there is nothing here that stands out.