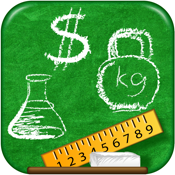 Handy Converter is an app that allows users to convert various units into other units. You can carry this app around on your iPhone or iPad and convert units on the go, ranging from weight units to currencies.

Handy Converter will only take up a mere 2.4 MB of space on your iPhone or iPad, making it a highly responsive and speedy app to use. The interface has three main sections including Converter, Settings, and Info and these sections can be navigated using the familiar menu at the bottom of the screen.

There are various measurements that can be converted using this app and they are all listed in the Converter section. The measurements include Size, Length, Temperature, Weight, Area, Speed, Torque, and Currency units. 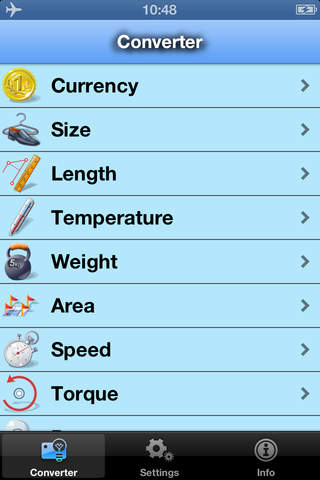 Convert a variety of units

Perhaps you are out shopping, whether it's in your own country or abroad, this app will help you determine the best clothes which fit you perfectly using the chart calculator. There are over 7 clothes sizes available for men, women, and children.

This app also allows users to translate in a variety of languages including English, French, German, Italian, Russian, Spanish and Dutch. 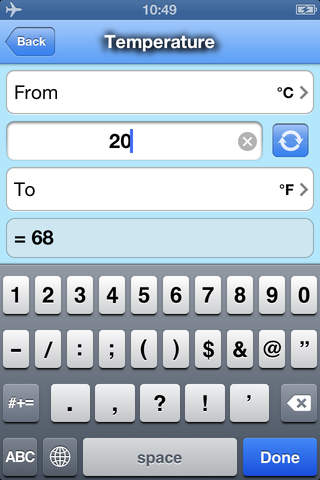 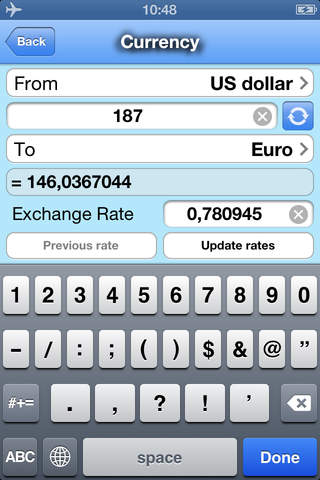 Handy Converter is a simple, user-friendly, and cute little app to have on your iPhone or iPad. If you often find yourself poring over conversion charts or waiting until you have an internet connection to find conversions, then this app could prove to be very handy indeed.