Red Riding Hood: Multilingual is an iPhone and iPad ebook app that reads to your child in a multitude of languages, and also has interactive pages. The story is well-illustrated, and provides learning opportunities through the various different languages of English, French, Italian, Spanish, and 12 other languages represented by the country flags.

Read or Be Read To

Red Riding Hood: Multilingual book allows you to be read to in one of 16 languages. The language selection includes English, French, Italian, Spanish, and 12 other languages identified by their flags. This is a great way to identify as it also requires the reader to learn to identify their flag. The English language is marked by a British flag, so American and Canadian children will have to learn to recognize that flag rather than their own; however, having three flags for English would be redundant.

The read aloud option does not have a marker to show what word is being read, and the words have several sections before the page changes. Each page has an activity such as putting the correct hat onto Red Riding Hood, filling the picnic basket, creating a bouquet of flowers, or deterring the wolf from the path. 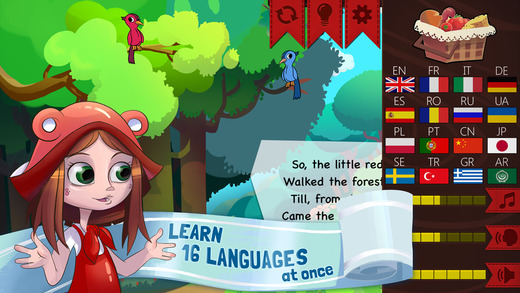 If you are looking for an app to read to your child in additional languages once they know the story well, Red Riding Hood: Multilingual will do that. Kids learn languages at amazing rates, and studies have shown that watching television in other languages will help your child learn without even knowing what they are saying. Suddenly the switch flips and they know what is being said.

Similarly, with this app, your child will get to know the story, and when listening to the various stories in other languages. It is easy to change the language, and there are other activities such as memory match, and you can purchase coloring pages too. 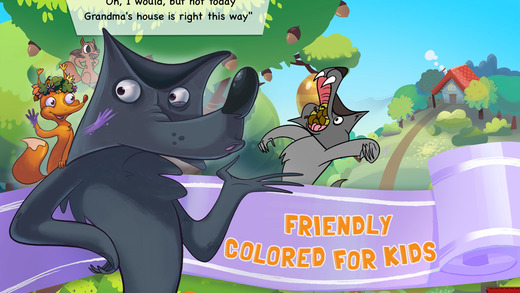 Lots of fun colors in the pages 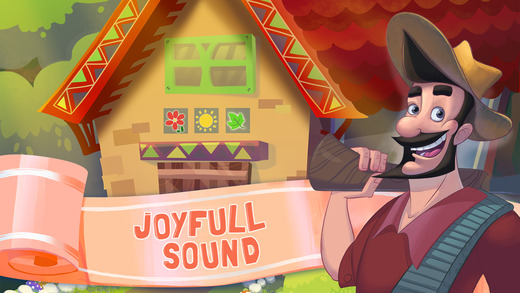 Great sound effects for your kids to stay interested

Red Riding Hood: Multilingual is an iPad and iPhone ebook for kids to read and engage with the story of Red Riding Hood. Each page has a length of text, an activity to complete to earn the next page, and there is also a mini-game of memory match. Kids love to read their favorite stories on the iPad, and my daughter also enjoyed making the matches of the characters. She also enjoyed putting the hats on the girl and filling up the basket. The doorbell activity was a little dubious for her, but then she’s two. Overall, this is a great book for kids of all ages, and I enjoyed the versatility it provides.