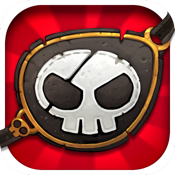 We've got a pirate game for you that is more than just a simple casual game; instead, this one requires plenty of strategizing. The Pirates Journey app for your iPod touch, iPad, and iPhone is fast-paced right from the start and manages to mix combat with your classic tower defense gameplay. This app is incredibly popular right now as more and more people download it and get in on the action. You'll have a chance to battle pirates from all over the world in a fight to rule as the Pirate King.

If you're ready for an epic battle on the water then you're ready to take on the Pirates Journey app. You'll be battling against thousands of pirates around the world as you work to build your own pirate cove and then defend it and keep it safe from those with special towers. Of course you won't be able to do this all on your own which is why you need to whip your crew into shape and train them to help you in battle. Don't forget to train your pirate captain as well, because after all, this is a very important position.

The game is free to play but just as you may expect there are a number of in-app purchases. These range in price from $0.99 to $99.99, which is obviously pretty inflated for that package. The app has recently been updated with all kinds of new content, upgrades, events, more levels, and general bug fixes. It has 4.5 out of five stars from users, which really isn't a surprise as it’s a very solid offering. 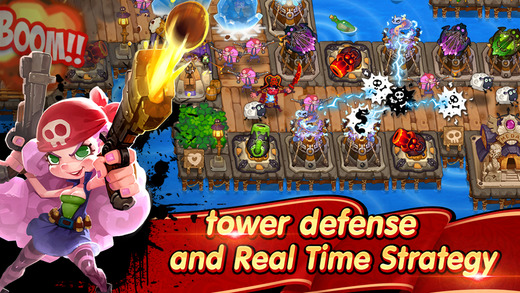 It feels like everything the Pirates Journey game sets out to do it accomplishes in a big way. The game is just so smooth, polished, engaging, and more than anything, fun. You'll be able to create your own unique pirate cove, there are more than 15 defense towers and traps that you can use to protect yourself, and there are over 10 upgrades for your unit. Each of the heroes has its own abilities to provide you with that extra bit of challenge and intrigue. There's even a social aspect to the app as you can use Facebook to connect with your friends. Of course the app supports the Game Center and achievements.

The mixture of the bright and vivid graphics, fast-paced battles, customization tools, and gameplay that requires strategizing offers players an addictive and consuming experience. 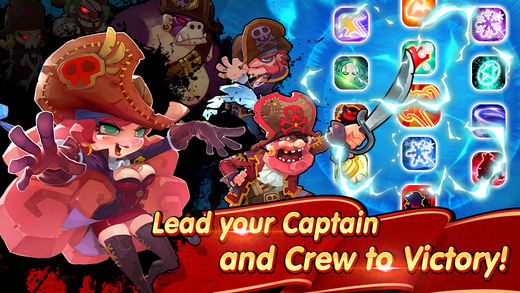 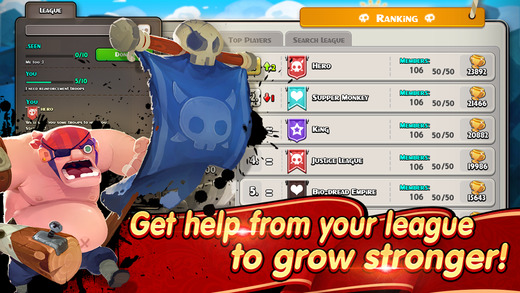 The Pirates Journey app for the iPod touch, iPad, and iPhone provides users with a really fun experience that they will have a hard time putting down.