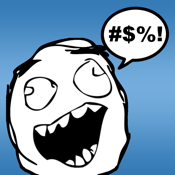 For anyone with a love of memes this is the ultimate way to create fun and hilarious meme videos with ease. The Video Rage Faces app can be used on your iPod touch, iPad, and iPhone and plays right into the popularity of memes. With this app you'll be able to make meme videos and animated rage faces with absolutely no experience necessary. It’s a quick, simple, and extremely fun process thanks to this app and when you're done with your creation you'll be able to share it with your family and friends.

Who doesn’t enjoy a good laugh and then, better yet, passing on that laugh to your friends and family? That’s what the Video Rage Faces app makes possible as you are given the ability to create hilarious animated rage faces and meme videos. The process is very quick and easy, taking mere minutes, and before you know it you've created something original that is bound to make others laugh. There are plenty of customization features and you can perform all kinds of edits to ensure you’re happy with the result. When you're done you can share your creation by SMS, email, Instagram, Facebook, and YouTube. You can also save your videos to your Photo Album so you have them on hand when you want them.

The app is free to use but there are a few in-app purchases available that range in price from $0.99 to $5.99. The app currently has a perfect five star rating from users who have described it as the funniest app, hilarious memes, and that it is amazing. In its latest update the developer made it possible to animate the doge meme heads and the grumpy cat meme heads, added more rage faces, and made a minor fix. The steps in the Video Rage Faces app are really quite simple. You start by picking a photo then you add a rage fact to it. You've got control over where you position the mouth so that it looks right. Next you can use the sounds in the library or record your own sounds/voice. Your video is then ready to be enjoyed by all. Taking a closer look at some of the features, you'll be able to import photos from any of your albums including your Facebook albums, you can add accessories to the rage face, and choose from hundreds of rage face possibilities. You also have the ability to resize, rotate, and position your rage face head. 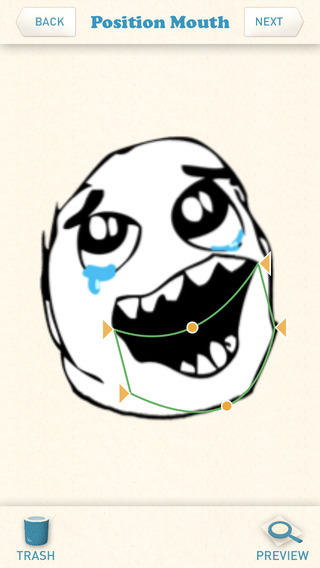 The Video Rage Faces app for your iPod touch, iPad, and iPhone is so fun and easy to use that you’ll find yourself coming back to it often.