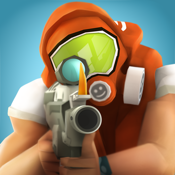 Planet Nam Nam app review: get back the world's landmarks

Think about all the beautiful landmarks in the world and what they mean to people: now imagine what it would be like if they were all stolen. That is the case in the Planet Nam Nam game for your iPod touch, iPad, and iPhone. Here some rather nasty birds invaded and stole all the most important monuments there are and carried them all back to their own planet by the name of Nam Nam. It's up to you to swoop in as the hero and get back the monuments as you battle the birds.

It’s You Against the Birds

Sure it may sound a little funny when you hear it’s you against the birds; I mean, how scary can birds be? Well you’re in for a surprise with the Planet Nam Nam app because these are some nasty, vicious, and evil winged creatures that you’ll be up against. The game is a first-person shooter arcade-style app where not only are you trying to get the monuments back but you're fighting the waves of birds that are coming at you. You will need to work your way through three worlds on your plight and be sure to destroy all the birds and their eggs. There are 16 levels in each world so you've got plenty of fight ahead of you.

The app is free to play but keep in mind that there is a premium pack available for $1.99. The app has just been released so it doesn't yet have a customer rating but early comments are incredibly complimentary. 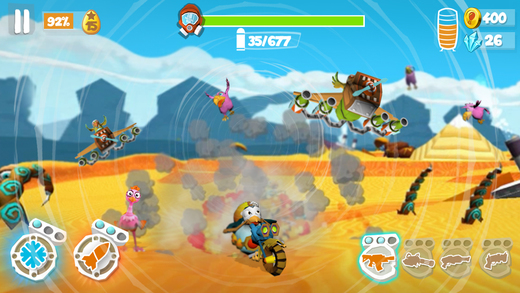 The Planet Nam Nam app is all about the fun and adventure and in this game you never get a chance to relax. Gameplay is fast-paced right from the start and that's what makes it so fun. You'll be tapping the screen to shoot the enemy birds and you'll have a chance to collect gems, coins, and combos along the way. The gems and coins can be used to upgrade your equipment, get power-ups, and more lethal weapons which can certainly help in your fight.

I have to say a huge part of this game is the effects and sounds, all of which feel like they are going to come out of the screen. It's really such an immersive experience and is pretty addictive in a short amount of time. 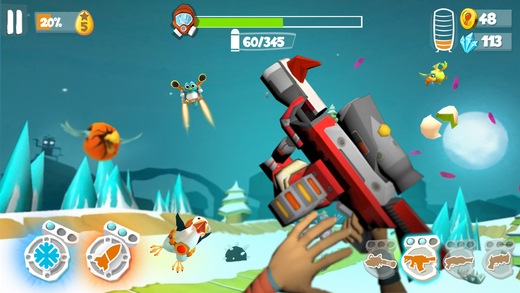 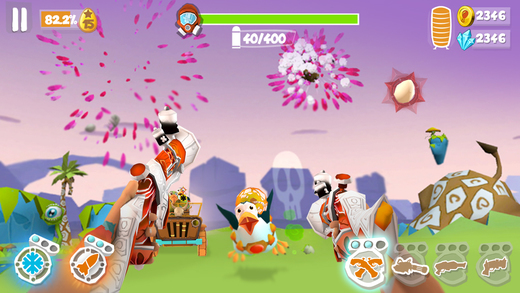 It’s hard to find anything but positives to say about the Planet Nam Nam app for your iPod touch, iPad, and iPhone. Players are treated to fabulously fun graphics and sounds, addictive gameplay, and plenty of challenges, making for a real hit.