This app isn't for the faint-of-heart or anyone looking for a relaxing gaming experience. The BLOODMASQUE app can be played on your iPod touch, iPad, and iPhone and provides you with a fast-paced action-packed RPG experience. You'll be deep into the story within just moments of playing this game and the game will take a whopping 20 hours if you want to play from start to finish. There are plenty of impressive features here from the graphics, to the sounds, to the storyline, and gameplay.

In the BLOODMASQUE app, vampires are the ones ruling over mankind and an age of darkness has really settled in. It’s up to the half-vampire hunters to change things and break the darkness that has taken over. This game takes place online so you will need an Internet connection, which also means you need at least 1.2GB of free space on your device and be aware: it will drain your battery pretty fast. You will be able to snap a photo of yourself before you start to play so that your face actually appears in the game as you play. This provides players with immersive RPG action.

There are no in-app purchases necessary in order to play the game. Keep in mind this app can only be played on iOS 7.0 and earlier, it will not work with iOS 8.0. Some bug fixes were made earlier this year and it currently has four out of five stars from users. 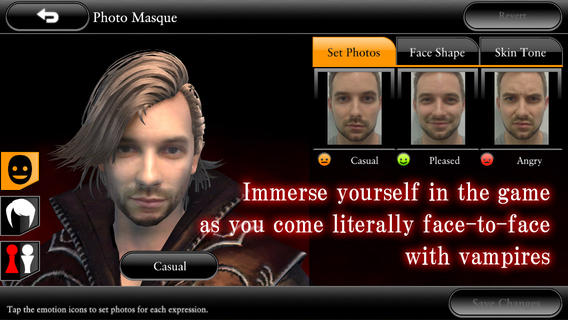 Use your actual photo as your character

Features of the Gameplay

In the online game of BLOODMASQUE you'll be able to recruit other fighters to help with your cause. Because you're using your real face on your character you can also add angry or pleased expressions to the hunter. Of course you may not want everyone seeing your real face so only players you trust will be able to. You can use the face creator in the app to make a character's face for those you don't want to see your real face. In battle you'll be dodging and attacking, both of which are smooth and easy when it comes to game controls.

This game can be incredibly addictive in part due to the storyline, so you'll just want to keep unfolding more and heading deeper and deeper into your quest. The graphics are great, the sounds are incredible, and there are plenty of challenges to face. 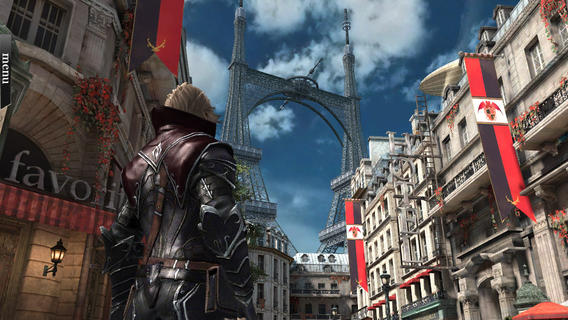 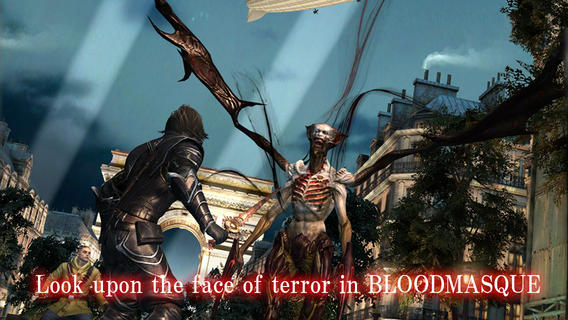 The BLOODMASQUE app for your iPod touch, iPad, and iPhone is meant for all of those who love a good action-packed game that is filled with great graphics, a storyline that is compelling, and game controls that are smooth and intuitive.