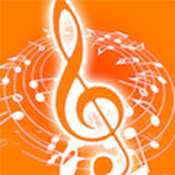 Children's Music Whiz is an app for the iPhone and iPad which will teach children and adults alike, some basic musical skills, so they may hone their inner musician.

What we have here is an app developed by a music teacher, which can be downloaded for free from the Education section of the App Store. It will teach and reinforce some of the fundamental music skills such as ear training and music reading.

Let's take a closer look at this app's features.

Children's Music Whiz downloads very quickly, taking up just 29.4 MB of space on your iOS device. As I mentioned in the introduction, this app is suitable for people of all ages, and can even be used by instructors during their classes as an additional study tool.

This app will help students strengthen their skills in playing a wide range of instruments including electronic instruments, percussion, guitar, violin, and piano.

There are three stages to the game, which can be completed by finishing the ten levels within each of them. Through the game, you'll learn how to recognize the notes quickly and easily and it'll also tell you where the keys are positioned on the keyboard. These levels are staggered very well so that even complete beginners can make their way through them without feeling stuck or overwhelmed. 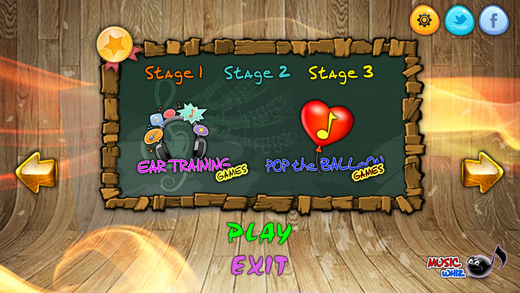 Practice What You Learn

Further to the teaching stages, there are two games included in this app, namely Ear Training and Pop The Balloon. These games are really fun to play and can help you put to practice everything you've learned in the lessons.

Users can also control the speed of the game to suit their skill level, and the amplitude of the music can also be changed to their preferences. 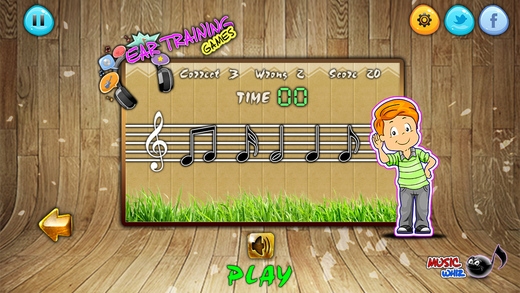 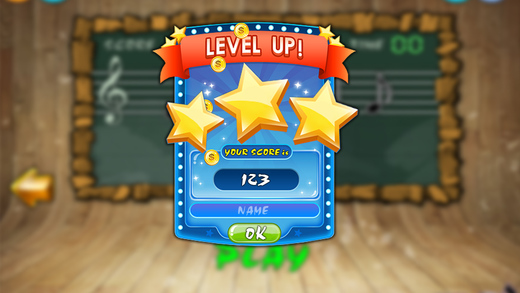 Children's Music Whiz is a fantastic app for those who are looking to brush up on their music reading skills or learn from scratch, and the great thing about this app is that it can also be used to teach children about music theory. If you're in the market for a music-learning tool, then this app is a must-have on your iPhone or iPad.