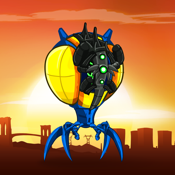 What would happen if suddenly robots turned bad and started to take over the world and destroy everything in their path? That's the game concept in the Robots Attack! HD app for your iPad. Here there is an army of giant evil robots that are trying their hardest to destroy the world's cities and the people who live in them. Now here’s the cool part: usually you take the stance of the hero and try to put an end to the madness. That’s not the case in this game; instead, you get to control the robots and you’re in control of all the havoc they wreak.

Take Over the City

The plot is very simple in this game. The robots have started an uprising and are trying their hardest to put an end to humans. The robots are making their way through the streets using their lasers to burn everything in their way, whether it be buildings or people. You'll be facing off against rocket launchers, tanks, helicopters, and a whole lot more. It's a tactical shooter-style game that has an apocalyptic feel to it.

The game is free to play but you can unlock more robots for $0.99. By unlocking additional robots you'll be able to increase your odds of success in a pretty big way. The app has 4.5 out of five stars from users who have made positive comments about the offering. In its last update there were a number of small bug fixes to provide a smoother user experience. 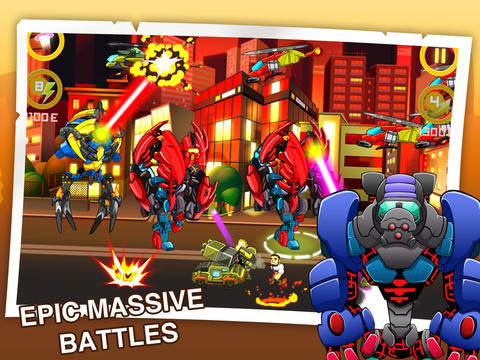 The Robots Attack! HD app features six different robots and each one has its own unique features. At the same time each robot can be upgraded so that you can start to build a squad of robots that just can't be defeated. You'll find the graphics and animations to be really well done in this app and quite impressive. The sounds also add a whole lot of intensity to the experience. This is a fast-paced offering so you won’t have time to sit around and think through your moves. You are thrown into battle right from the start.

The battles that you'll be taking place in are pretty epic to say the least. This is one of those go big or go home experiences so even though it's a casual game it feels immersive and all-encompassing. 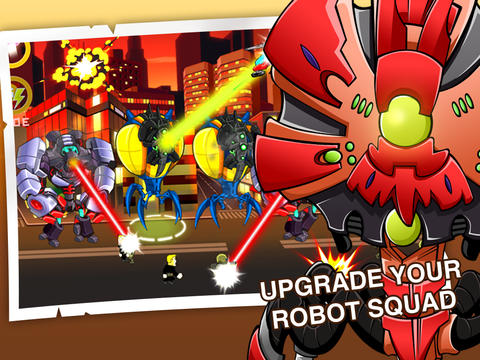 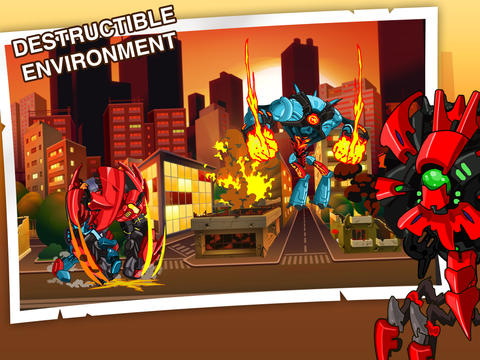 The Robots Attack! HD app for your iPad provides users with a fast-paced game that will have them taking on all kinds of enemies in some rather intense battles. The game feels polished and sleek and is definitely addictive.