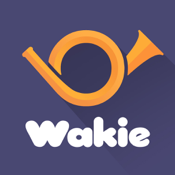 There are many apps that claim to wake you up peacefully through the use of relaxing music and the like, but if these apps don't work for you, then you might want to check out Wakie - Social Alarm Clock on your iPhone or iPad.

The best timer apps for iPhone

This app gives you entry into a thriving online community, where people wake each other up in the morning through a limited 60-second phone call! This means you get to wake up in a more engaging, social manner rather than an annoying alarm clock.

Let's take a closer look at how it works.

Wakie - Social Alarm Clock can be found in the Lifestyle section of the App Store, and it's a free service, taking up just 32.7 MB of space on your iPhone or iPad.

The best alarm clock apps for iPhone and iPad

There are plenty of apps available in the App Store that claim to help you wake up without making you want to destroy your iDevice. Not everyone is able to wake up through sweet dulcet tones, however. Receiving a call, even from a stranger, can be a very interesting way to wake up, and likely will be different every time.

This app has gained a lot of traction since its launch earlier this month, and has been touted by the likes of Mashable, The Guardian, Gizmodo, and BBC. 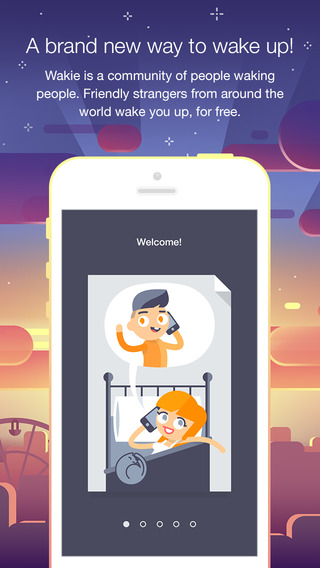 Wake up to lovely messages

The way this app works is that you set up an alarm for your desired time, and fall into a lazy slumber. When the time to wake up approaches, you'll receive a call from another user of this app  - a stranger - who will attempt to wake you up within sixty seconds, after which the call will be disconnected. You'll receive a warning sound when you've only got ten seconds remaining in your call. The automatic disconnection means that conversation will hardly ever get awkward, and the anonymity ensures that you don't get any creepy people stalking you!

Users can also choose to wake up other people. You'll be shown the number of people who need to be woken up at any given time, and you can tap the "Wake someone up" to place the call.

It makes you wonder if the right number of users will place calls to sleeping folks. To alleviate the issue of being short on callers, the app has a voice recording, so users will receive a call anyway. 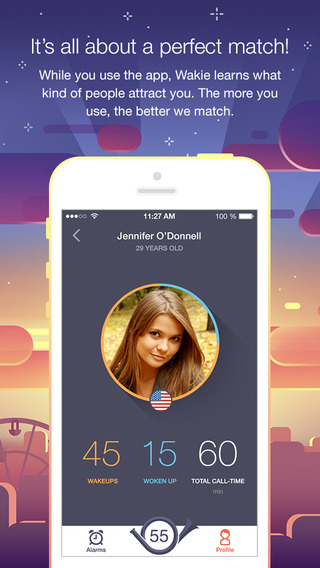 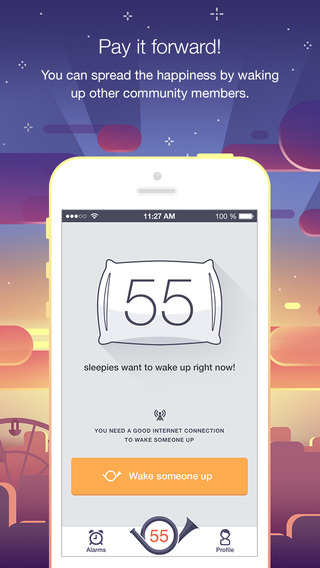 Wakie - Social Alarm Clock is a beautifully-conceived, well-executed, and definitely very handy and unique app for those of us who like to wake up to a real person rather than a jarring tone. Get this app on your iPhone or iPad and join the community of people who love to wake each other up!