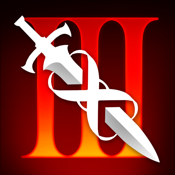 Infinity Blade III app review: see what the hype is about

If you've never checked out the Blade video game trilogy this is your chance to do it and see what all the hype is about. The Infinity Blade III app for your iPod touch, iPad, and iPhone is actually an award-winning game and offers players an absolutely epic conclusion to the trilogy. The game goes out with a bang in a very big way as you will discover pretty much the moment you launch this app.

The Infinity Blade III app is filled with fast-paced action, stunning visuals, and a story line that will have you immersed immediately. This is the conclusion to the Blade trilogy so you can expect plenty of sword-fighting to go down in this app. The game offers up 3D graphics in environments that feel real. There are side missions to take part in, different gameplay paths, an in-game world map that is all new, and brand-new quests. Players are loving the responsive and intuitive controls where you'll be able to cast spells, block, dodge, and attack with simple swipes of the finger.

There are a number of in-app purchases available that range in price from $0.99 to $99.99, which feels a bit steep for more players most likely. The app has four out of five stars and players have described it as great, smooth, and amazing. At the same time there are a number of small things here and there that players are looking to have improved/changed. 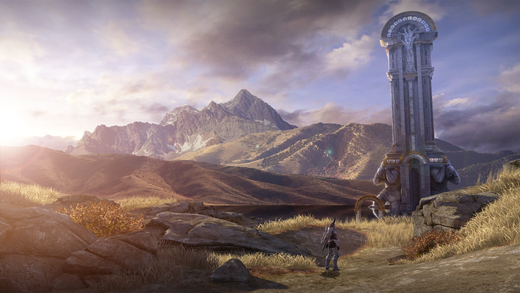 There are a number of gameplay features in the Infinity Blade III app worth pointing out such as the fact you'll be able to pick between two playable characters. Choose to fight as Isa, who is the female-warrior thief, or Siris, who is a legendary hero. No matter which character you pick they each have their own collection of items, weapons and fighting styles so the game will feel different depending on which character you are. The app supports achievements and you have three modes to play in so that the game always feels fresh and challenging. You can actually form a team with players based all around the world if you like and work together to defeat the enemies.

The graphics deserve a huge mention here because they are absolutely stunning as is the music and animations. This is really a full experience that is hitting all the high notes. 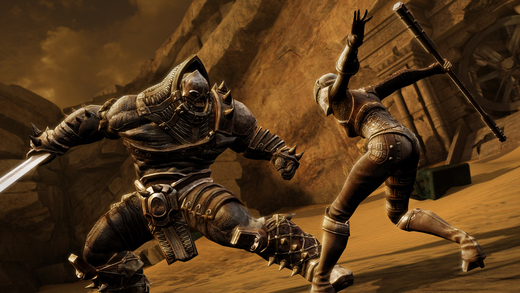 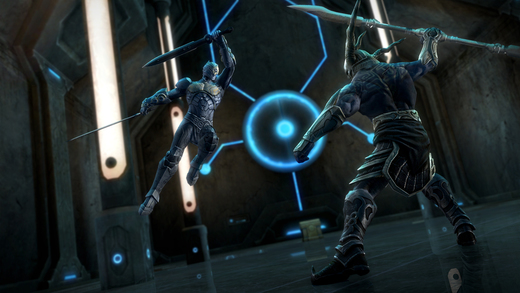 Team up with other players

The Infinity Blade III app for your iPod touch, iPad, and iPhone will wow you from the moment you launch it and start to play.