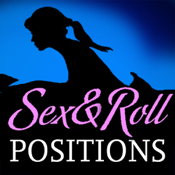 Sex&Roll Sex Positions of Kamasutra app review: a user-friendly guide to the Kamasutra

Likely you've heard of the Kamasutra and just how much spice it can add to your bedroom so here's a chance to check it out. The Sex&Roll Sex Positions of Kamasutra app for your iPod Touch, iPad, and iPhone doesn't just work as a guide it's also a game that you and your partner can play together. In the full version of the app you'll be able to view more than 100 positions than include animation so you get exactly what you need to be doing.

The best kamasutra apps for the iPhone and iPad

Become Acquainted with the Kamasutra

Here's a chance for you to become acquainted with the Kamasutra in a really engaging and rather fun way. The Sex&Roll Sex Positions of Kamasutra app works as both a guide and a game that lets you put to use the content you are learning about. The full version of the app provides users with more than 100 illustrated positions, whereas the lite version provides users with a small handful. You will get a detailed animated look at the positions plus even learn about its history which was found in the Indian Kama Sutra.

There are a number of in-app purchases available which are all priced at $0.99. The latest update was almost two years ago when additional positions were added. The app currently has a rather average customer rating of three out of five stars. It seems as though this app could do with some updates and enhancements. While waiting, kill the app and restart a few times. Once the area is clear, just wait. It can take a few minutes to days, depending on your sex. And at the same time, practice your dirty sex talk with some help from Her Norm 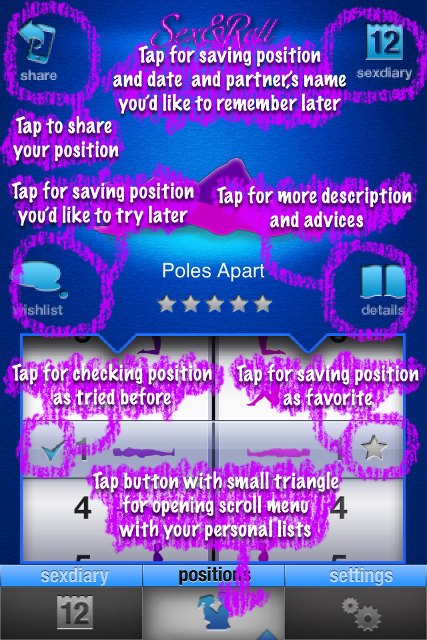 Because the Sex&Roll Sex Positions of Kamasutra app also offers a game it’s obviously got an interactive element to it, which can be fun. The way the game works is that there are two spinning wheels; one for the males and one for the females. Give your wheel a spin and then you need to join up based on the positions shown. Just so no one is left confused, the positions are animated and can be customized. The app has rather relaxing music playing in the background and it is protected by a password so it can be kept private. Then again maybe you’re the sharing type and if so, you can share positions on Facebook and Twitter.

I think a big downfall with this one is the fact so much of it requires in-app purchases. The free version at least gives you a chance to try it out and get a feel for it before purchasing it. 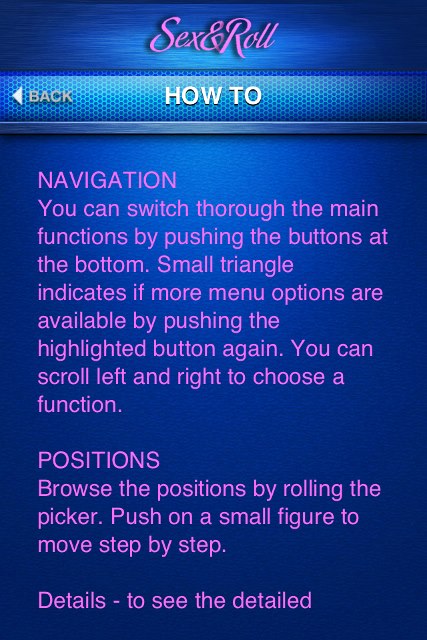 The Sex&Roll Sex Positions of Kamasutra app for your iPod touch, iPad, and iPhone attempts to add some excitement to your bedroom but this one lacks a bit in the area of features and tools.