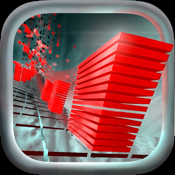 Storm Rush is a game for the iPhone and iPad which will make plenty of room on your seat since you'll only be using the edge!

What we have here is a highly addictive game which is as fast-paced as it is challenging.

You'll find this app in the Games section of the App Store, where it can be purchased for $1.99. Let's take a look at its features.

Storm Rush takes up 79.6 MB of space on your iPhone or iPad yet I encountered minimal stability issues throughout the gameplay.

When you begin the game, you'll be in what's presumably a vehicle of great speed, with a first-person view of a "road" ahead of you. This road is constructed out of tiles as you move forward and tiles are also stacked to create colored, glowing towers which you must avoid at all costs!

The gameplay is ruthlessly difficult as these towers appear as if out of nowhere and the speed of your vehicle is extremely fast, so you'll need to bring out your big guns in the realm of focusing and hand-eye coordination! The controls are simple; all you do is tap on the left or right side of the screen to dodge towers.

The game combines the simplicity of old-school games like SkyRoads with stunning graphics which are as cool-looking as any modern iOS games. 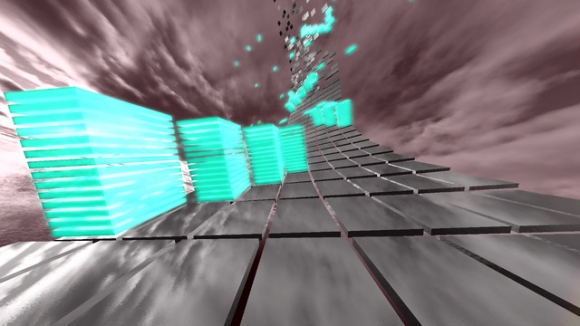 The only tiny complaint I have with this app is that the respawn time is a little slower than I'd like. This is a personal preference, of course, but the fast-paced nature of the game coupled with the fact that it's a hard game to master makes it all the more imperative that the user is able to jump back on the horse and carry on the adrenaline rush even after they make a mistake. 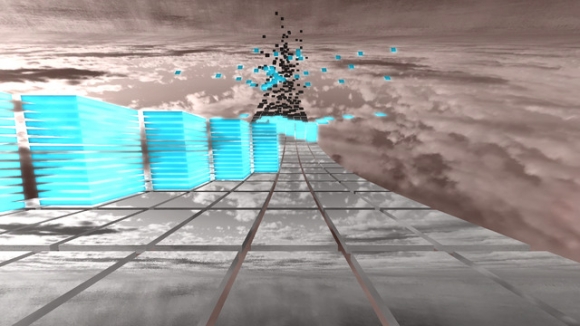 Storm Rush is a truly addictive app that will get you pumped up and test your reflexes in a fun and fast-paced manner. This app is well worth the money and will have you glued to your iPhone or iPad as you attempt to swerve and dodge those towers to unlock achievements and better your scores each time you play. Highly recommended!