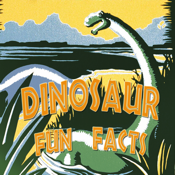 Dinosaur Fun Facts is an iPhone and iPad app that helps your little paleontologist learn their dinosaur facts. There are several categories including timeline, definition, and numbers.

Dinosaur Fun Facts is a collection of interesting facts about dinosaurs, as the title suggests. There are several categories including timeline, definition, facts, today, and numbers. Timeline, as it suggests, gives you facts in order of what occurred such as Sauropods first appeared in the Triassic Period (around 200 million years ago). Definition explains key ideas in the dinosaur eras such as Brachiosaurus. Today ties the facts to present day, such as The Stegosaurus, Apatosaurus, Barosaurus, Diplodocus, and more have been found in Dinosaur National Monument, in Colorado, USA. You get the idea.

The app has a ton of fascinating information sorted into these five key categories. My only qualm is that there isn’t an image to go along with it. I would have also liked to have seen a little speaker to hear the fact for those who are not yet reading. The facts are easily digestible for younger users, however, the reading limits the ability of younger children to use the app. I don’t completely mind this, however, because it encourages parents and caregivers to interact with their children. 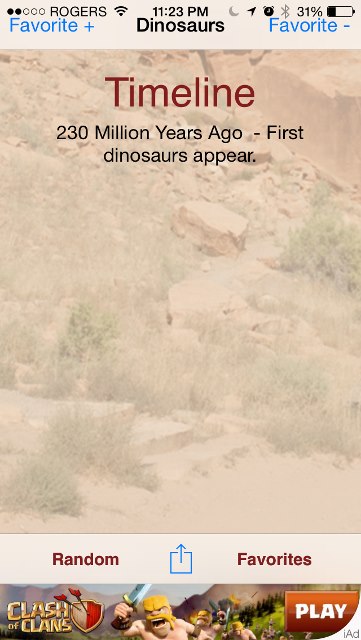 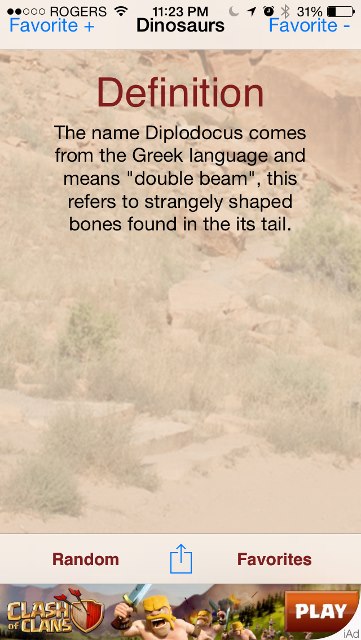 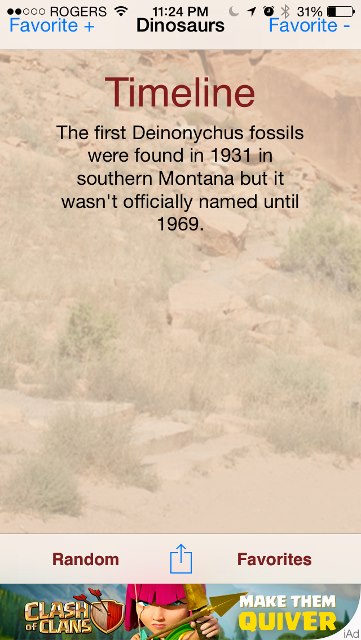 Dinosaur Fun Facts is a fun resource of dinosaur facts for your iPhone and iPod. It includes five categories to neatly sort the information into timeline, facts, definition, today, and numbers. The note cards are nicely organized, but lack any image describing the facts. I would like to see an image of the dinosaur, the era, or something like this. It would also be nice if there was an audio clip of the facts being read aloud. I would understand if they were not able to offer all of these features for free, but it would be a great addition in the future. Overall, the app is off to a great start, and I enjoyed reading the facts.