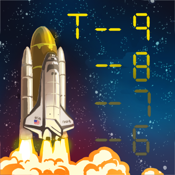 If you are an amateur astronomer, or simply enjoy following space launches, then MissionClock is an app that you'll like to have handy on your iPhone or iPad.

What we have here is an app that compiles information on upcoming space missions from numerous news sources ranging from websites to some staff members of NASA, and presents it to you on a simple yet elegant user interface.

This app can be found in the News section of the App Store, and it can be purchased for $4.99.

Let's take a look at its features.

MissionClock is a very basic yet effective app, which takes up just 1.5 MB of space on your iPhone or iPad. The user interface is very intuitive, with the four-icon navigation menu at the bottom of the screen, which lets you switch between the various sections of the app with just a touch.

The Clocks section is where you'll find information regarding the upcoming events in the form of a countdown clock. This app is updated regularly, listing all the events their timings for each mission. The time of the event will be shown in three time zones including UTC, the local time at the location of the event, and the time in your area. 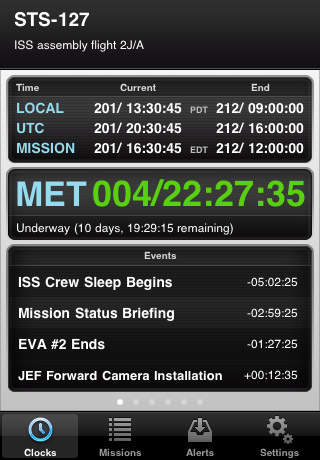 The Mission section shows not only upcoming missions but also recent ones. For recent event clocks, you'll find the timer doesn't count down, but rather counts up, stating the time elapsed since the launch.

Users can set up the app to receive push notifications for important events. Furthermore, you'll also receive notifications if there are any changes made to the plan. 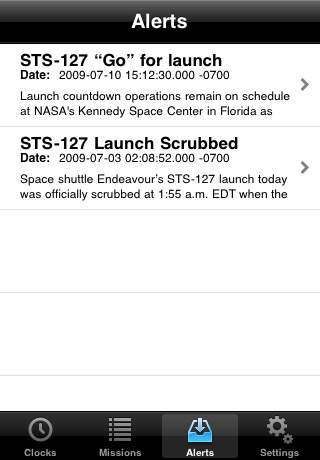 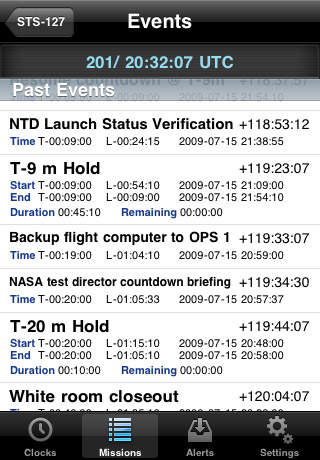 MissionClock is a very cool app that will be appreciated greatly by those who like to keep an eye on the space missions around the world. It's definitely worth paying the $4.99 to have this app on your iPhone or iPad as it provides a straightforward, elegant, and reliable way of learning about launches and following the events in real time.