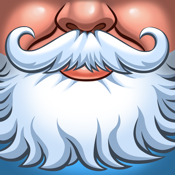 Imagine what you'd look like with a beard; for women, this is even more of a stretch of the imagination of course but with this next app you won't have to guess. The Beardify app for your iPod touch, iPad, and iPhone gives users the ability to instantly grow a beard and not just a beard, but some rather hilarious ones. Of course where's the fun if you can't share the look with friends, which is exactly why you can post the look to social media and more.

No Need to Imagine

With the Beardify app there is no need to imagine how you, a friend, or a family member would look with a full beard or maybe just five o’clock shadow. With the app you'll be able to add a beard to your photo and then add additional rather fun elements. The finished photos and videos can then be shared by email, YouTube, MMS, Facebook, Twitter, and Instagram. Use the app to give a beard to you and your friends as well as your pets. There are tons of beards to choose from such as the popular soul patch, the statement-setting mutton chops, and of course the hipster goatee.

The app features a number of in-app purchases that provide you with additional beards to add to photos. These purchases range in price from $0.99 to $1.99. The app currently has 4.5 out of five stars as it seems users can't get enough of the laughs this one provides. Last month a number of updates were made to give users a smoother performance and the holiday beard pack is now being offered for free. With all the good there does come some negatives as well. Even after paying for the app and making in-app purchases you'll still be faced with ads and pop-ups. 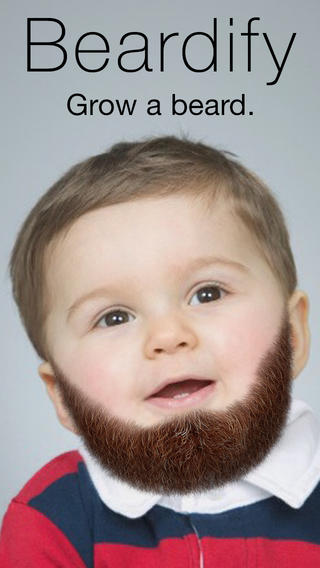 Instantly grow a beard and share it with friends

Creating a hilarious bearded look is rather easy thanks to the Beardify app. After you pick the style of beard you want to apply to your photo you can then choose the color of it so it looks more realistic. Now here's where things get really fun: you can actually record your voice and animated your bearded image. Watch as your bearded self sneezes, blinks, sighs, and other actions. The app also gives you the ability to mix it with other apps from the developer such as Oldify 2, Baldify, Fatify, and more. The app is simple and quick to use so that in no time you’ll be able to see how you look with a beard. 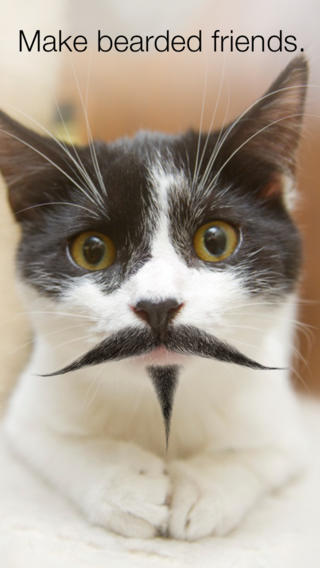 You can even animate your bearded self 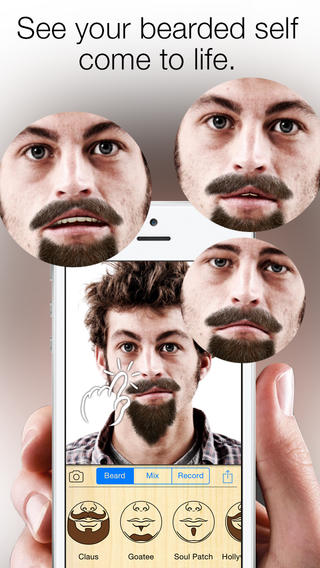 The Beardify app for your iPod touch, iPad, and iPhone is great for a few laughs with friends and family and features user-friendly tools that create some great looks.