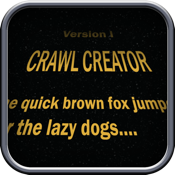 Avid Star Wars fanatic will surely enjoy Foley Productions’ fun and entertaining app: the Star Wars Crawl Creator. This application lets you create your very own crawling text with the deep space as background. The app is compatible with iPhone, iPad, and iPod touch and it requires iOS 6.0 or later versions.

Surprise Your Friends with a Custom Star Wars Crawl

One of the most memorable images created by the Star Wars franchise is the iconic opening crawl. The lines of yellow texts crawling upwards mark the beginning of every episode of Star Wars. The crawl has become so popular that it spawned hundreds of imitations. Special computer programs have been created to enable Star Wars fans to create their own opening crawl.

Thankfully, the epic opening crawl can now be created in your smartphone and tablet by using the Star Wars Crawl Creator. This is a little app that can bring hours of enjoyment for you.

Star Wars Crawl Creator mimics the look and feel of the original opening crawl. The app allows you to create a title for the crawl and write any text you like. You also get the option to set the background music to make your opening crawl as realistic as possible. 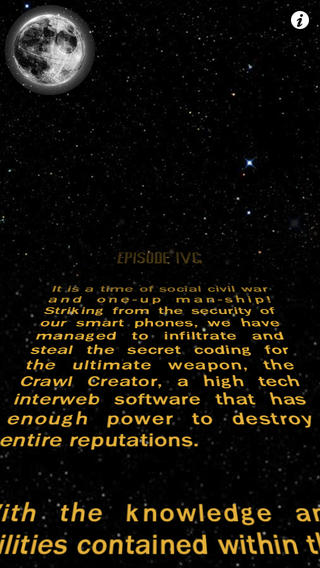 Star Wars Crawl Creator is a simple application with straightforward features. When you open the app, you will find the main menus hidden behind the large moon located at the top left corner of the screen. Simply tap the moon to toggle on and off the features menu.

The best alien abduction apps for iPhone and iPad

To create a custom crawl, all you need to do is to start the editing function. You can create the title of your crawl and type whatever texts you want. There is a dialog box where you can control the scroll speed from slow to fast. You can also set the duration of the entire crawl from this dialog.

Star Wars Crawl Creator recognizes simple mark-up codes. When inside the editing screen, you can enclose any text between the codes ‘<t>’ and ‘</t>’ to create a new title. Inserting the code ‘<br>’ will force the app to create a new paragraph within the text. But for those who are unfamiliar with mark-up language, simply typing any text in the editor will still do the trick.

You can share your Star Wars crawl to the public by uploading your creation to the developer’s website. 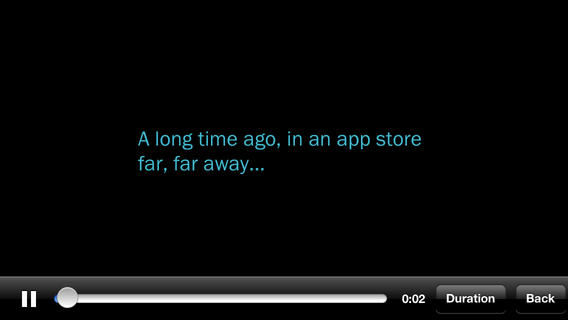 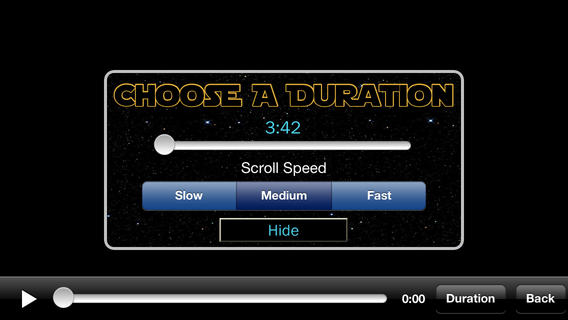 If you are a Star Wars fan or you just want to have some fun with an entertaining app, Star Wars Crawl Creator is perfect for you. You can write short poems or flash fictions and transform them into a custom Star Wars opening crawl. This is a very simple app but it can bring hours of fun for you and for your friends.