Is there anything more fun when it comes to an epic battle than robots taking on each other? The Walking War app for iPhone, iPod touch, and iPad features plenty of explosive battles.

This Walking War Robots app for iPhone features multiplayer action where you will be controlling your own robot as you strive to take down your enemies. There are 11 different robots for you to use and all kinds of weapons so you'll be well prepared as you step into this 3D battle.

Check out our Walking War Robots app review to see if this is one of the best robot game apps for iPhone gamers.

The Battle of the Robots

This isn't your average battle; instead, this one is an epic battle where it's robot against robot. The Walking War Robots app gives you the choice between 11 different robots and plenty of weapons to help your cause.

Let's also be sure to point out the slick 3D graphics that make the battle feel all the more realistic. Now keep in mind this multiplayer game does require a strong Internet connection in order to play it.

The game features six versus six battle action which equates to a whole lot of challenge and intensity. The app offers the ability to upgrade your robot where its durability, speed, and firepower are concerned.

Walking War Robots is free to play but there are a number of in-app purchases that range in price from $4.99 to $99.99 depending on what you want. In its latest update there were a number of bug fixes, new locations have been added, the app loads faster than ever before, there are new weapons and robots, and other performance enhancements. 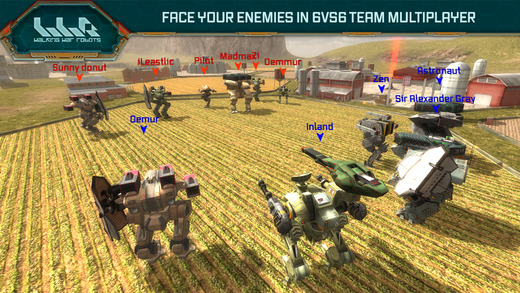 It’s time to take control of your robot as you lead it into battle. The Walking War Robots app gives you the ability to take part in a rather intense battle where you’ll be up against a number of other players. There’s just something about team-based multiplayer games that make things all the more challenging and exciting.

There are a number of notable features in this game such as how impressive the graphics are and the amount of options you have when it comes to upgrading your robot. It's actually a very impressive offering for a mobile app especially considering it's free to download.

While this one isn't simple to play and does require a lot of practice it's well worth it because it is immersive and engaging. 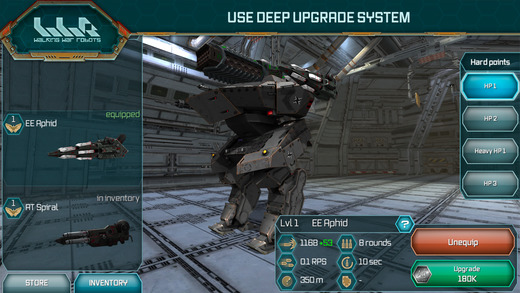 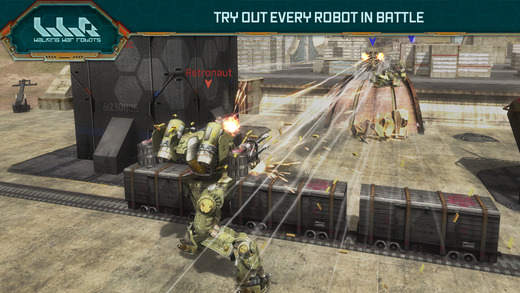 The Walking War Robots app for your iPod touch, iPad, and iPhone gives you the chance to team up with others and enter into an epic robot battle.