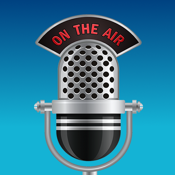 Conservative Talk Radio is an online radio streaming application that offers the most hard-hitting, fearless, and sensible conservative talk shows on AM radio. This application features the shows of your favorite radio personalities including Rush Limbaugh, Glenn Beck, Sean Hannity, and Michael Medved, among others. Developed by Schatzisoft, the app is compatible with iPhone, iPad, and iPod touch.

The growth of conservative talk shows over the past several years has been phenomenal. These shows cover the primetime slots of at least 600 AM radio stations across the United States. In fact, the broadcasts of conservative pundits control as much as 91% of all talk programming in the U.S.

Whether you agree or vehemently disagree to the talking points of these talk shows, it is always enlightening to listen to them. Conservative programming may provide you with alternative views on certain national and local issues of the day. The anchors are also quite entertaining because their commentaries almost always border on the combative side of journalism.

Thanks to Conservative Talk Radio, you can now listen to your favorite radio pundits anytime you want. This application delivers updated radio shows and live broadcasts of different conservative talk shows. You will never need your AM radios anymore. As long as you have your smartphone or tablet, you will be able to get the latest hard-hitting shows in the U.S. today. 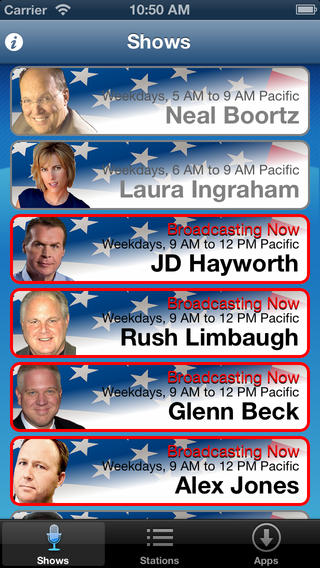 Conservative Talk Radio allows you to listen to some of the most popular and fearless radio anchors and talk show hosts that belong to the right wing of the political spectrum.

Conservative Talk Radio also features two additional popular weekend radio shows of Limbaugh and Beck. So even on Saturdays and Sundays, you will never miss the talking points of these respected anchors.

The app has a simple and friendly interface with well-designed navigation tools. There are icons at the bottom of the screen where you can access individual shows and dozens of conservative radio stations. Shows that are broadcasting live are highlighted in red.

Each broadcast icon in the application contains the photo and the name of the anchors. Programming schedules are also displayed on each icon. The intuitive design of Conservative Talk Radio makes it easier for you to quickly find any program you like. 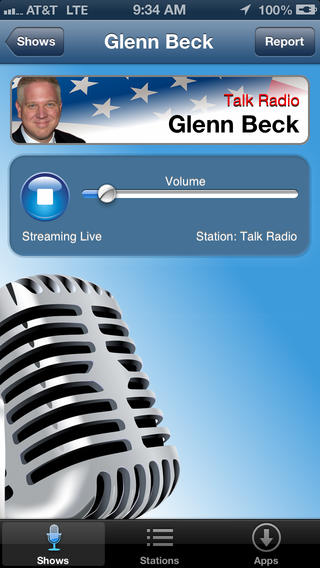 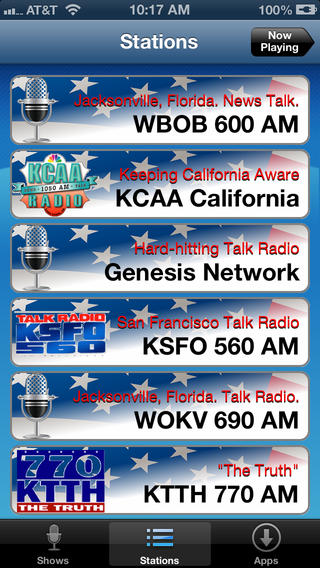 Conservative Talk Radio is a simple app that allows you to listen to your favorite talk show hosts. It offers streaming broadcasts of AM radio programming to deliver news and commentaries on the burning issues of the day. If you are a fan of conservative broadcast personalities, then this application is best for you.