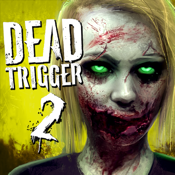 One of the best ways of relaxing during the weekends or after a long day is by playing combat mission games. Dead Trigger 2 app is an exciting game developed by MADFINGER Games, a.s.

You can download the Dea triiger game on your iPhone and iPad. Since its introduction into the market, it has generated thousands of downloads from all across the globe.

Continue reading our Dead Trigger 2 app review for more details. Some users say it's one of the best zomie games for iPhone gamers. Let's see if that's true.

How to Play Dead Trigger 2

This combat mission game offers an amazing decorated tree that will provide you cover during shootouts with your opponents. To become the best zombie shooter ever, you need to travel across 10 different regions from various parts of the world.

You mission is to take your favorite zombie annihilator using 38 different power weapons. This is not as easy as it sound as you will be forced to take part in over 600 gameplay action scenarios and win.

As a reward for its great gaming experience and interface, it was voted the best of 2013 game app in App Store. Currently there are over 33 million users from different parts of the globe and you too can join them to discover a completely new way of playing mission games.

Unlike other similar apps, this one is 100% free hence; you do not have to pay any registration fees. Once you download and install it, you will enter a dark and thrilling world where humanity is constantly taking part in battles in a bid to survive the global zombie apocalypse.

Despite the great gaming experiences and wide array of challenging scenarios that it exposes users too, the app has a very user-friendly interface that is very easy to operate. It is recommendable to play the game as often as possible to learn the tricks and tops on how to win. 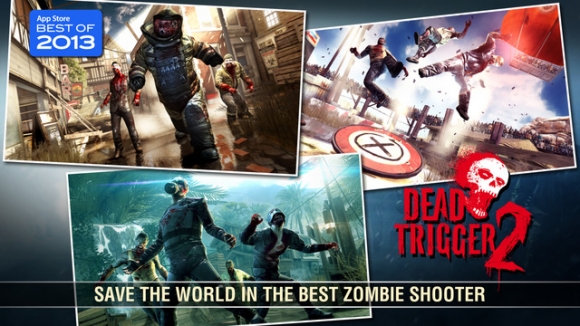 One of the exciting features about this game app is the weekly tournaments whereby you are supposed to join an area and fight to become a legend. There are three different areas and each has a number of traps and challenging gaming environment that you must adapt to. In addition, you have to follow the custom gladiator rules to avoid penalties.

You can show the world your prowess by sharing the videos through YouTube. All you need to do is click the “share video on Everyplay” at the tail end of the tournament. To get rewards, players have to complete achievements and successfully go through various challenges.

To get full control, the app gives users the option of using touch control scheme or the enhanced virtual joystick to make moves and shoot the zombies. 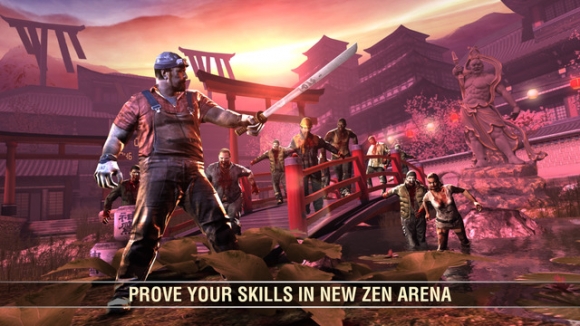 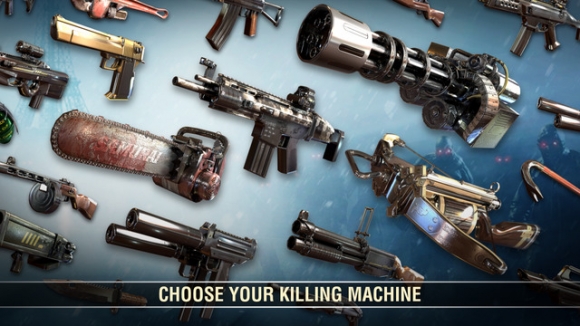 Dead Trigger 2 is a great app game that you can use to enjoy a whole new combat mission gaming environments. It is quite challenging and the numerous environments will keep you engaged.