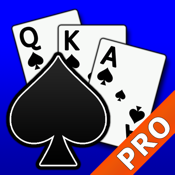 Spades is one of the best card games in the world as is evident from the huge number of players who take part in it on a daily basis. However, you need some special skills to play and win the jackpots.

A Star Software LLC has come up with an amazing free spades app, Spades++, that is tailored to not only teach you how to play but also test your skills as you progress.

This spades app for iPhone is also compatible with the iPad. Let's dig deeper into this game to through our Spades app review. It might just be the best spades app you have ever used.

Spades++ is a game in its own league that was created by professional Spades lovers who have a deep understanding and passion on this game. One of the smart options is the extensive statistics that it automatically generates after every game. The best players use this feature to gauge their performance.

Unlike other similar programs that are two-dimensional, this one is three-dimensional, making it very easy for one to get deep into the game using an iPhone or iPad.

You do not have to play alone as you can compete against other real users through the Internet from anywhere in the world. You will surely fall in love with the 3D graphics that are powered by OpenGL.

There are also a number of artificial intelligence opponents that you can play against when offline or in areas that have limited internet access.

Despite the fact that you will not be playing with real users, you will still have the same gaming experience as it has intuitive design and clean interface. For instance, there are icons that will give you a mental image of your opponents and clear view of all your cards. 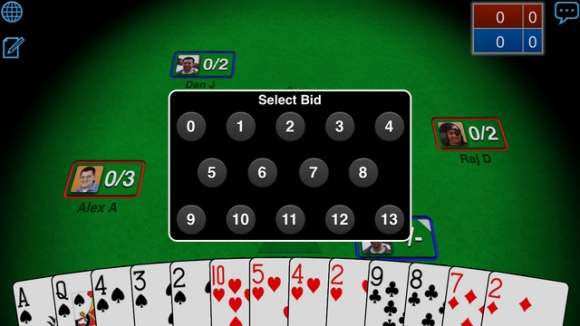 Apart from its ability to generate statistics in real time, this app is programmed to automatically save the game in case you need to receive a call or step out of the house for a moment. This means that you will not lose any data and you can continue from where you stopped once you get back.

The developers have also worked smart to come up with demo tutorials to help beginners learn how to play the game like pros fast. The tutorials are very simple so you do not require any prior knowledge about this game to start playing.

The realistic feel and look that Spades++ offers is another major attribute that give it a higher cutting edge in the market. The artificial opponents are also very competitive and promise to keep you entertained throughout the game. 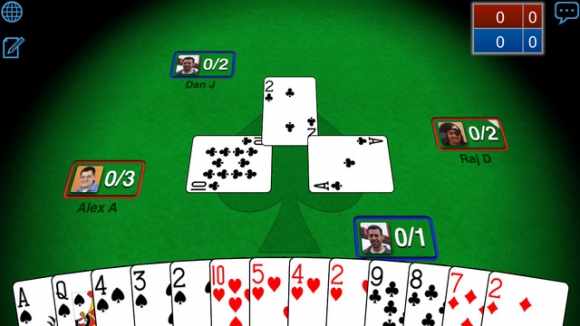 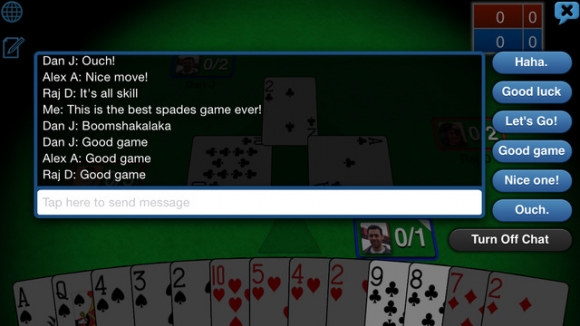 Spades++ is one of the best spades game for iPhone and iPad today. It has a very good interface that makes it very easy for one to make moves and play competitively.