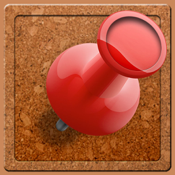 When we think about a corkboard we normally think of it as a tool for keeping track of things. It’s usually a place to pin memos, or to keep track of an ongoing project. Well the corkboard in Corkboard FE has a completely different purpose. This is actually a game of basketball played on a simulated corkboard! If it sounds a little different, that’s because it is. This is a free app and it’s compatible with the iPhone, iPad, and iPod Touch.

Basketball is one of the most popular sports in North America. Part of its appeal is the simplicity of the game and that all you need is a ball and net to play. Corkboard FE maintains that simplistic approach to its gameplay, but it brings a bit of a twist. This game involves a corkboard, some household items, and of course a basketball!

The best iPad apps for NBA

As a video game Corkboard FE is very unique but that is a strength not a weakness in this case. Part of the problem with the countless games in the App Store is that they don’t really offer anything new. They’re usually just a slightly different take on the same old thing. Corkboard FE succeeds because it’s something a little different that requires you to think outside the box a little to make progress within the game. This app will require 24.9 MB of free space on your IOS device. 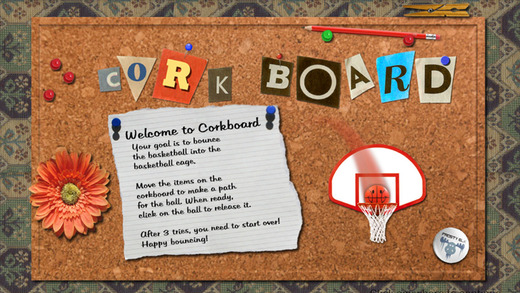 This game really is very different. If you’ve ever used a corkboard in your house this game will fill you with a sense of nostalgia – it’s pretty easy to play as well. All you have to do is get the ball in the basket, well okay, it’s not quite that easy.  You have to move some standard corkboard items around your board to position them in just the right places so that you can bounce your ball down along the board and into the basket. It’s a whole lot harder than it sounds!

When you first open the app you’ll see an introductory screen with a note thumbtacked to the corkboard with instructions on how to play the game. Essentially, what you have to do is move the items on the corkboard around until they’re in position to create a path for the ball from the top of the board to the basket. The type of items you’ll be moving around the board will be things like scissors, rulers, thumbtacks, and notes. At first I thought this game seemed a little too simple. I mean how hard is it to move a couple of thumbtacks around a board? Well I was actually pleasantly surprised. Yes it’s easy to move the pieces, but they have to be perfectly placed or the basketball bounces the wrong way or may simply become stuck. When you complete one level it unlocks the next level.

This is a fun little game but I did have a couple of problems with it. Probably the most annoying was the tendency for it to reset itself any time you exited the app. When you fully exit the app any boards you’ve unlocked are re-locked again. I found this a little aggravating. My other concern was the pop up ads that appear after the successful completion of any level. These are full page ads that can’t be avoided. They were easily closed though so it wasn’t too much of a concern. 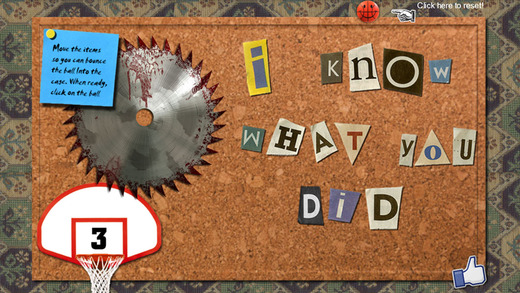 Corkboard FE is a cool little game that offers something a little different from the standard App Store games. It’s easy to play, but not easy to master making it worthwhile to keep coming back. This one’s definitely something you’ll want to check out.