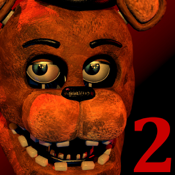 Five Nights at Freddy's 2 app review: a horror game that will keep you awake all night

Five Nights at Freddy’s 2 is a horror simulation game that uses a combination of suspense, psychological thriller, and scream-inducing surprises. It is an updated version with additional cast of spooky animatronics and more frightening story line. Developed by Scott Cawthon, this game is perfect for your iPhone and iPad.

The Scary World of Five Nights at Freddy’s 2

In Five Nights at Freddy’s 2, you assume the character of a night shift security officer. Your task is to look after a pizza joint after store hours. The problem is that the place is haunted by blood-thirsty animatronics who prowl the deserted corridors and dining rooms looking of their next victim.

The best horror games for iPhone

The victim, in this case, is you. So you need to keep all your wits and your courage to ward off the evil animatronics. The game uses a dark environment to fire up your imagination. This psychological tool enhances the dread factor of the game.

The game begins with a set storyline. The former night guard has been complaining that unknown elements are trying to sneak into the pizza joint. Thoroughly spooked by the supernatural elements, he was reassigned to day shift and the night duty has been given to you.

You start your job by sitting in front of CCTV monitors. The place is thoroughly deserted, dark, and creeping with deadly animatronics. Worse, there is no way for you to close the door of the security office. Your only weapons against the spooky characters are the CCTV cameras, a flashlight, a music box, and a Freddy Fazbear’s mask to fool the animatronics.

You have to endure five nights of dread inside the dark halls of the pizza joint. You win the game by staying alive and keeping your sanity intact. 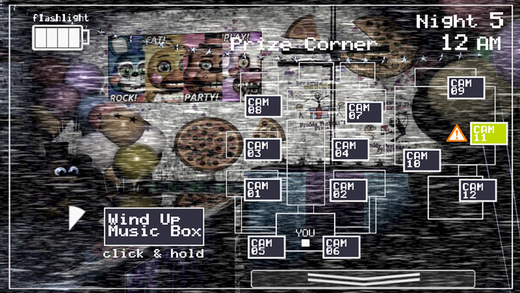 This new version of Five Nights at Freddy’s offers additional animatronics. The original casts of characters are still as scary as before. Bonnie, Foxy, Chica, and Freddy will haunt you for hours. Two new dreadful characters, balloon boy and black puppet, elevate the scare factor of the game by several notches.

The game allows you to wear a Fazbear mask to fool some of the animatronics. This new twist in Freddy’s 2 offers you a chance to escape the wrath of the avenging night creatures. Unfortunately, you cannot fool the puppet by wearing a mask. For this reason, the game offers a music box which you can use against the puppet.

This app offers five game levels which mean five nights of horror and suspense. It also has an extra ‘overtime’ level and several customizable levels to keep you entertained for hours. 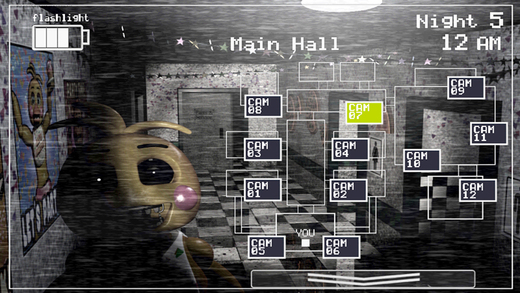 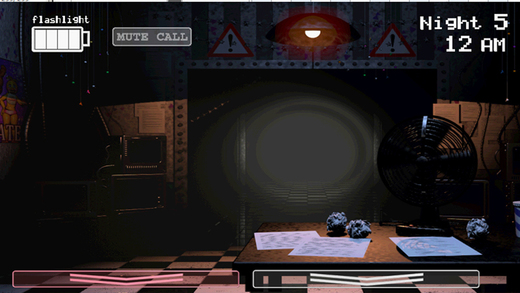 If you are fond of horror simulation games, then Five Nights at Freddy’s 2 is the perfect app for you. This is an action-packed scary game without the usual graphic violence.