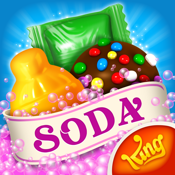 There has been a lot of super popular games to play on iTunes, but none has been able to redefine the true meaning of non-stop entertainment better than Candy Crush Saga. This game has attracted huge masses on Facebook, and with its inception to the mobile device platform, its popularity has been inclined to a whole new level which can be seen in the millionsof Candy Crush revies.

The Candy Crush app has become part of pop culture that the game is even referenced in unrelated TV commercials. This good game app was developed by King.com Limited to assist you relax with quality entertainment after a tiresome day.

Candy Crush for iPhone is also compatible with the iPad and iPod touch devices. The gaming experience can only be described as breathtaking! If you just can’t get enough of none stop entertainment, then, Candy Crush Soda Saga is a must-have puzzle game.

The game involves intensely analyzing every movement, just like how chess is played. You are not just required to make a move, but also look ahead to multiple moves in the future, every match you make needs to be built towards performing special candies.

However, if you want to bang your head against levels and match whatever pops out at you first, that can still work too.

While looking for matches, instead of just highlighting any match of three when the game has been ide for a bit, it will attractively suggest matches that make special candies. The Soda Saga has been monetized in the exact same way as the original Candy Crash.

In this game, you get five lives, and get more either by purchasing them or the requisite Facebook friend pestering. If you run out of move while playing on a particular level you can pay to get a few more.

Last but not least, without forgetting about the candy hammer that assists you to knock out a specific candy without matching it, although, for a fee. 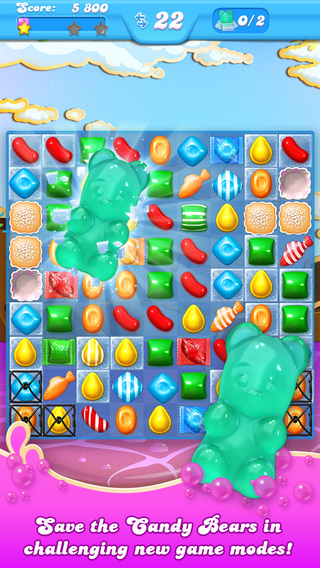 The game comes with an array of over 250 Sodalicious levels that offers you an exciting range of challenges that endeavor to kick the gloom out of you.

There are unique features such as soda-switch bottles and candies that release purple soda and save the candy Bears, a mode that allows frosting when you want to match candies in order to smash the ice and set the Candy Bears free.

Meanwhile, the game matches candies to the honey to release the trapped candy Bears. You are going to explore juicy new environments and meet the Kookiest characters. 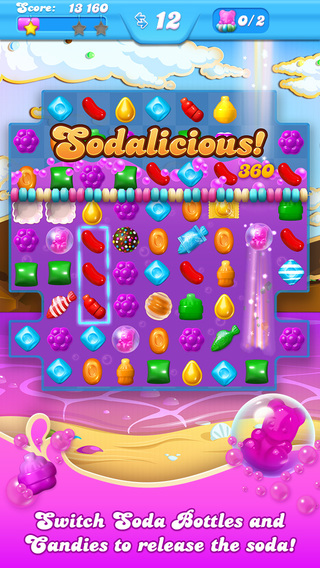 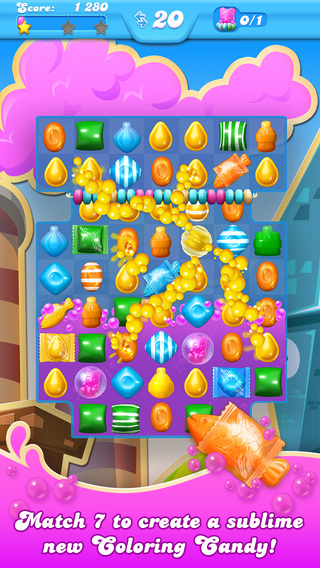 This mouthwatering puzzle adventure will instantly quench your thirst for fun. Take on this on this Sodalicious saga alone or play with friends to see who gets the highest score!