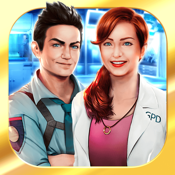 In these game you are going to join the Police of Grimsborough to unravel a series of murder cases in this fascinating iPhone detective app.

Through this detective story app for iPhone, you will be involved in a number of activities that ranges from examining crime scenes for clues, bring the suspects in for questioning and analyze evidence to catch the killers.

Are you ready to prove your detective skills? If you are, rush and get yourself this mobile app before the suspects get away! The brilliant brains behind this thrilling game are by Pretty Simple.it is compatible with iPhone, iPad and iPod touch devices.

Let's see if this is a good detective app for iPhone as we dive deeper in our Criminal Case app review.

How to play Criminal Case

Criminal Case casts you in to the roles of a new member of the police force who is tasked with solving a variety of brutal crimes.

The first case acts as a tutorial, with the player being introduced to the various components of gameplay one by one, and then subsequent cases become increasingly lengthy and complex as the player progresses.

The game is split into several parts, each of which advance the plot of each case. Players are presented with a list of objects to find, some of which are key clues for the case, and must find them as quickly as possible to score maximum points.

Upon completing a scene, the final score (plus time bonus and additional bonuses for any “hints” remaining) contributes to a cumulative star rating for the stage.

As you progresses through each case, you gain clues as to who the victim was, how they were killed and who the suspect was.

At the conclusion of the case, the player is presented with several suspects and must arrest the appropriate one who fulfils all the criteria. If they are correct, the case is complete and the next one unlocks. 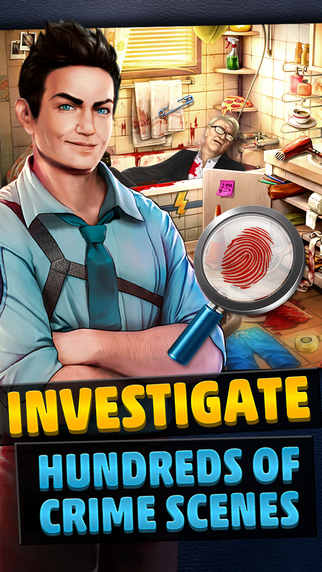 The crime scene graphics are simply outstanding. This will make you want go back and play the same scenes over and over again, it does not get repetitive simply because you have dozens of different objects randomly pulled for each scene but because of its out of these world cool graphics.

With this adventure, you won’t get tired of Investigate crime scenes in a grim and corrupt city and also invite your friends to pay with you in becoming the best detectives ever.

The game allows you to examine clues and analyze samples to look for evidence, interrogate witnesses and suspects, and bring the killer to justice. 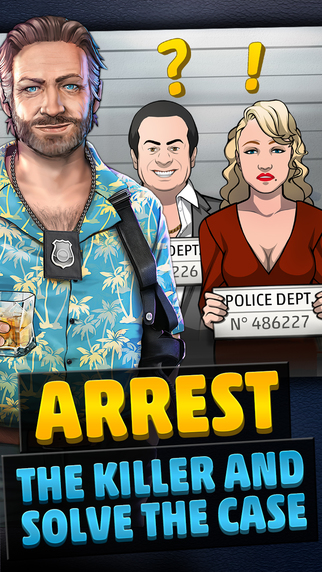 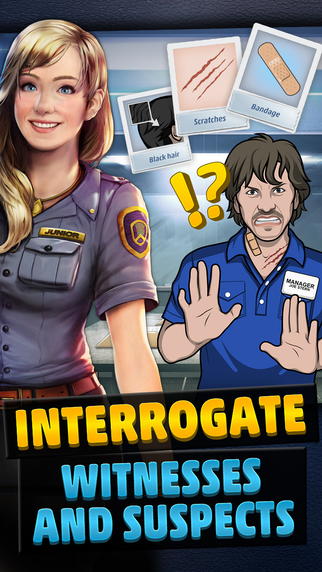 Since each crime scene requires energy, and you have limited energy, you can’t play for an unlimited amount of time, unless you are willing to spend cash currency to buy more.