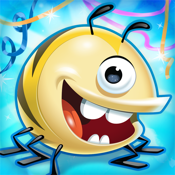 Instead of just giving you a typical puzzle game to solve, this next app is character-rich, filled with fun, and features enough challenge to keep you busy for hours. The Best Friends app can be played on your iPod touch, iPad, and iPhone and takes place in the rather adorable world of Minutia. All was fine in Minutia with all its cute cuddly inhabitants that is until a rather large meteor hit Mount Boom. When this happened a chain reaction was put into place that has resulted in the capture of the Best Friends' families, and this is where your help is required.

While the Best Friends app is a puzzle based game it often feels like an adventure game as there is no shortage of story, characters, and challenges to solve. What happened when the meteor hit Mount Boom was it somehow transformed the slugs that had lived there into evil horrible gobbly goons. They went on to capture all the families of the Best Friends. In order to beat the slugs the Best Friends have to reunite families and that's how you advance through the levels. As the developer describes this is a fantastic mix of an RPG-like game where characters are concerned and line matching puzzles.

The app is free to download and play and from there you can make all kinds of in-app purchases that can help your gameplay. These range in price from $0.99 to $39.99. The app currently has 4.5 out of five stars from users who have called it amazing, awesome, and plenty of fun. The app requires iOS 7.0 or later to use and in its most recent update there were bug fixes made and some overall enhancements. 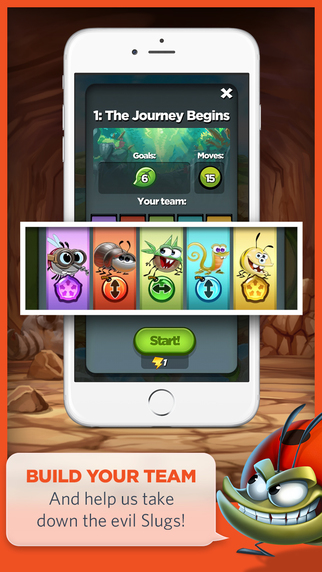 The Best Friends app is filled with all kinds of gaming features that work together to offer players a smooth and enjoyable experience. First off the graphics deserve a mention as they are absolutely adorable and the music is high-energy and fun. All of the puzzles are very easy to understand so you will have no problem at all picking up on the game. Where the challenge lies is in mastering it, this takes a whole lot of practice, patience, and a bit of strategizing. As you complete the levels you'll be collecting the Best Friends and each of them feature their own unique special powers. You can also compete against your friend son Facebook by checking out where each other is on the map. 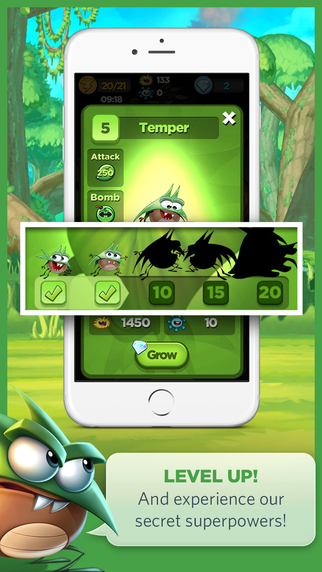 Collect the Best Friends as you complete levels The Best Friends app for your iPod touch, iPad, and iPhone does a fabulous job of offering immersive gameplay with fun characters that isn’t usually common with a classic matching puzzle game.