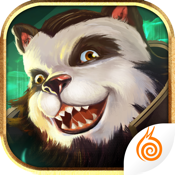 It's time to flex your skills when it comes to martial arts with this next rather fast-paced kung-fu action game. The Taichi Panda kung fu game for iPhone, iPod touch and iPad thatgives players the ability to take on some formidable enemies in a world filled with 3D graphics and non-stop animated action.

In this iPhone app for action, there are plenty of game elements to unlock and upgrade, giving you even more power and action to enjoy. Many users believe this is a top iPhone game. Let us know what you think after you finish reading our Taichi Panda app review.

Step Up to the Challenge

Are you ready to step up to this challenge? The Taichi Panda app is all about fast-paced adventure displayed in fabulous 3D animation style.

In this martial arts adventure you will be playing in a world that is filled with pandas, bandits, and goblins, and it's your job to solve the mystery by bashing your way through the game. You don't just have to play on your own either as you can play in real-time with your friends, which builds the excitement even more.

If your friends aren't online you can always take on strangers as well. In order to take on the bosses you'll be able to team up with others.

This is a brand-new release that is free to play and features a number of in-app purchases that can help you to upgrade items. These purchases are available from $0.99 to $99.99.

This one requires iOS 6.0 or later to play and even though it’s a new release it already has four out of five stars from users plus a number of comments. Players are going all out and even calling it the "one of the best games." 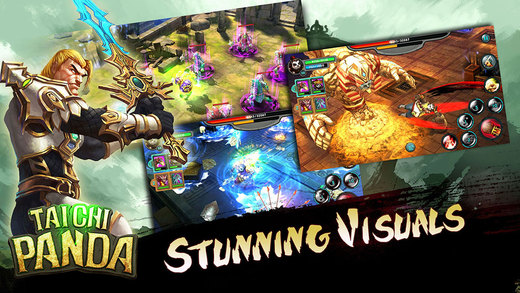 Now keep in mind, even though the kids will be able to play Taichi Panda it is recommended for ages 12 and older. In this game you will be using all your powers, strength, and skills in order to take on and beat the enemies and bosses standing in your way.

The app features combat-style gameplay and there are always traps and labyrinths just waiting to make your mission harder.

You'll want to focus on upgrading and unlocking abilities that will help you achieve your mission. Be prepared for bright and colorful graphics and animations that will excite you and blow you away. As mentioned this one is fast-paced and high-energy so there is never a down point. The Taichi Panda app for the iPod touch, iPad, and iPhone provides players with a game that is addictive and challenging from the get go and allows players to finally experience this game in English.