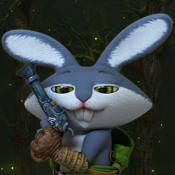 New games are pumped out of the App Store at an ever-increasing rate but just because there’s a lot of quantity it doesn’t necessarily mean there’s a lot of quality.Many of the apps in the App Store are marginal at best but Raby is one of the better game apps you’ll come across. The graphics actually compare favorably to many of the better console games and the gameplay is quite good as well. This app is available for purchase on the App Store at a cost of $2.99 and it’s compatible with the iPhone, iPad, and iPod touch.

Games that actually have graphics comparable to console games are fairly rare in the App Store but Raby is in a different class. This app has beautifully rendered graphics and the gameplay is quite good as well. If you’re looking for a platform game that will keep you occupied for hours then Raby is a good choice. According to the developer completing the game would require eight hours of continuous play.

If you’re a fan of Nintendo’s Mario franchise you’ll enjoy Raby. There’s a lot to like about this one but I did find one problem with the app. The controls aren’t the easiest to manipulate; they just don’t react the way you would want them to. This probably has a lot to do with them being integrated into your IOS devices touch screen as they just don’t have the same reaction time as a standard game controller. The controls are okay and you can certainly play the game with the built in controls but it just isn’t quite the same. 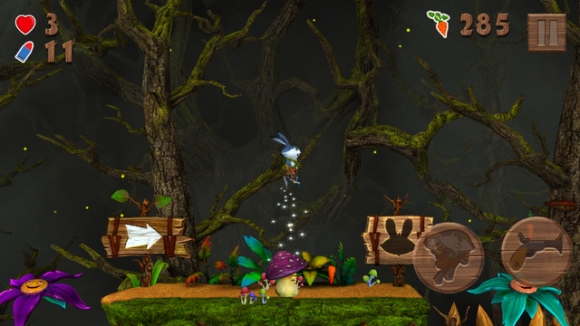 There are a few rules to keep in mind when you’re playing Raby: first of all you’ll want to collect as many carrots as possible. If you played any of the Mario games in the past you’ll recall collecting coins; carrots are the coins of the Raby game. Collect carrot as you go and avoid the killer mushrooms in the process. You’ll also want to collect bullets for your gun because this rabbit packs a punch and you’ll need it for the mushrooms because they’re not easy to kill!

To control Raby you’ll notice a sliding control on the left-hand side that moves him left and right and on the right-hand side there’s a jump control and a weapons control. It takes a little getting used to but once you get the hang of it the gameplay works pretty well.  It does take some getting accustomed to, though, and that’s the drawback of playing this type of game on an iOS device instead of a standard game platform. The controls just don’t have the same kind of reaction time. 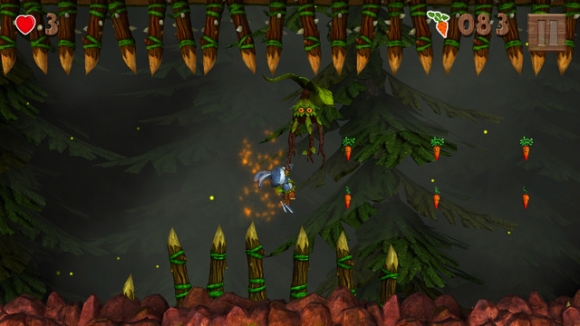 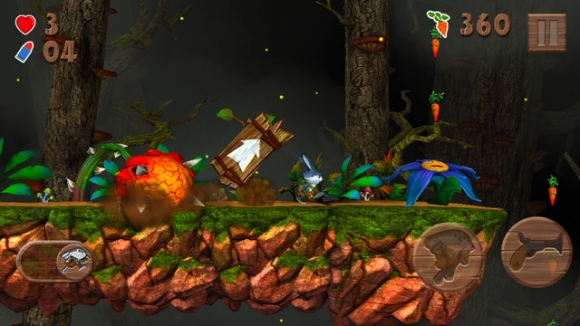 Raby is one of the more sophisticated platform games you’ll find in the App Store. The graphics are excellent and the actual game will keep you occupied for hours. The controls take a while to master but once you do you’ll really enjoy this one.