Ridiculous RPG app review: help Boy save the day and write his exam

Ridiculous RPG is an iPhone and iPad game that features Boy who has to get to school for his exam. Along the way though, you discover that the ‘Dark Power’ is awakening and will destroy the world.

Don't Be Late to School!

Ridiculous RPG features Boy who is about to be late for school. It’s not just another day for this 15-year-old though; if you don’t get there in time you’ll fail your exam! While you’re on your way to school, you realize that there is a ‘Dark Power’ awakening, and that this power can destroy the world if you don’t defeat it first.

The best fairy apps for iPhone

Now Kid is going to go investigate the boss behind the power. While investigating, Kid starts remembering things, awakening, if you will. Kid is not a normal kid, and he has a dangerous power that is much more dangerous than the Dark Power. He has the power to destroy the whole galaxy! There are many different monsters in different dungeons. Fight the monsters with cards, choose a sword card if you’re going to attack the monster, or a shield card if you’re going to protect yourself. There are also 16 special cards during the battle such as poisons. 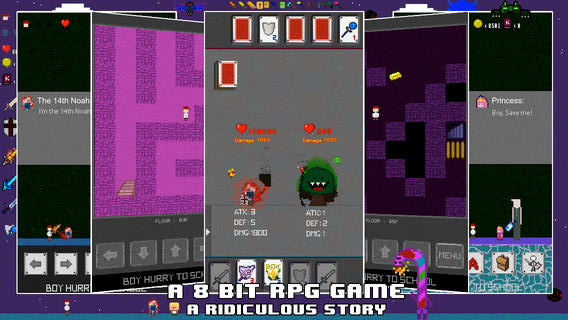 As you play Ridiculous RPG you’ll start to collect coins. More knowledge about the game will earn you more coins. You can use these coins to upgrade your weapons, and use knowledge points to study hard in the subjects at the school to increase your own strength as Boy. Defeat the monsters and gain experience.

This game plays enough like card games such as Pokemon and Yu-Gi-Oh that my son enjoyed exploring it. He liked that you can still upgrade your character’s stuff with the coins, and thought it was fun to earn the knowledge points too. There are a bunch of things to explore in this game, and all the while you have to look out for the Dark Power and Kid. 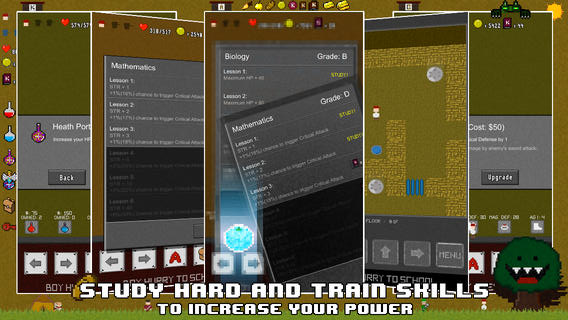 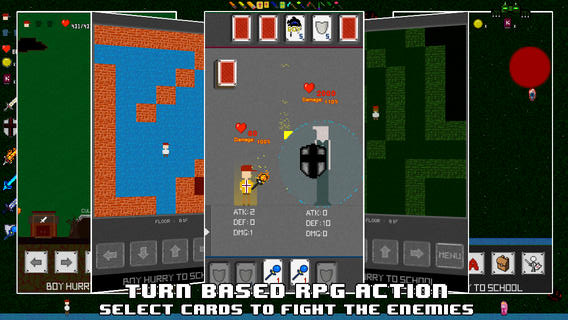 Ridiculous RPG is an iPhone and iPad game that truly is ridiculous. The premise that you’re a 15-year-old student simply named Boy that must defeat the Dark Power and another character named Kid to save the day and be on time for your exam is pretty ludicrous, but also aptly fits the nightmares lots of people have before their big tests. I enjoyed that the developer threw in some cards for more options while playing, and my son enjoyed this additional game play too. Overall, it's a neat RPG game that kids and kids at heart will enjoy playing.