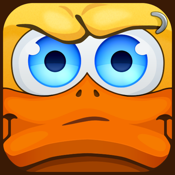 Duck & Roll is an iPhone and iPad game that has a rock and roll rhythm for you to tap along to. It’s easy to pick up, and fun to play, and even has Game Center support to play with your friends and track your scores.

Duck & Roll is a star tapping good time. As you enter the game, you will be sent to a scene with a band of animals jamming through their song set. Stars will jump up towards the star outlines that appear, and all you have to do is tap them into place. The better your timing, the better your score. It’s kind of like Guitar Hero without the multiple buttons and multiple colors.

The best music making apps for your iPad

I only played this game for a few minutes before my youngest daughter picked it up and ran off with it. She thought it was great, and although she didn’t get the timing right, she didn’t care. This bodes well for the developers because it means that anyone from two and up can enjoy the game at various levels of ability. For example, I was focused on getting my timing right, but my two year old couldn’t care less and was just tapping at the stars, laughing. 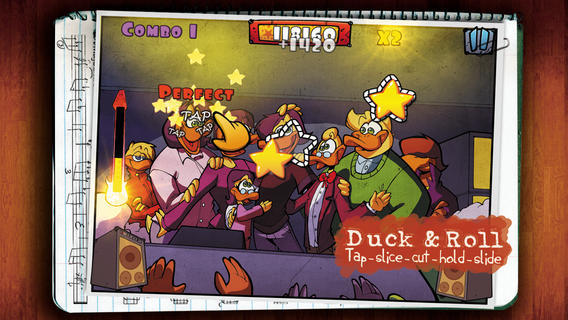 Jam with a Duck

If you like music, then Duck & Roll will be a fun play for you. The scene of a Duck jamming with his friends after leaving behind his classical music playing family to become a rock star. Each level has a different track to complete to get the Duck closer to his dream, and you get to help him achieve this goal.

I like the back story, and I also like that it is a universal app working on all our devices from the iPad to iPhone and even the iPod touch. The graphics look great on each device, and as mentioned above, you can play with friends through Game Center. As you get better at the game, it is inevitable that you will want to use two fingers to get more points, and luckily for you, this app is mult-itouch enabled! 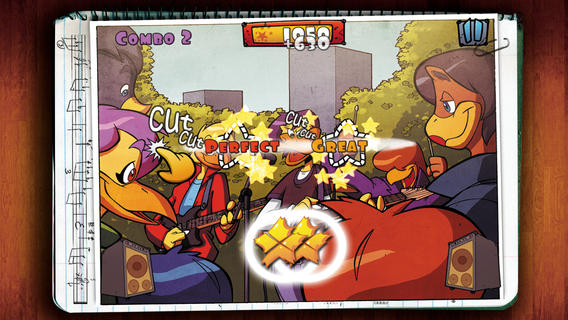 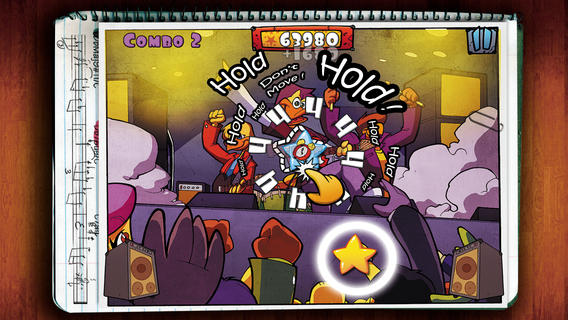 Duck & Roll is an iPhone and iPad game that can be played on any of the touch supported devices. It is fun to play for all ages at different ability levels, and I enjoyed testing it out with my two year old. It was fun to watch her trying to get the stars, even if she didn’t get that she was supposed to get the stars into the outlines. Overall, if you have a youngster who likes music, then this will be a fun game for you to try out together.