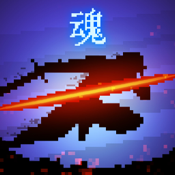 Dark Slash: Hero app review: step into the role of a hero

Here's your chance to see how it would feel to be a hero and make use of all kinds of magical powers and skills. The Dark Slash: Hero app can be played on your iPod touch, iPad, and iPhone and takes customers on a dark journey. As the developers state this one has been specifically designed for those with a love of action style games. Players will love all the challenges they're confronted with and the fact this one supports Game Center.

The Dark Slash: Hero game is one that is dark and ominous filled with all kinds of adventures and challenges for players. In this game you will be hunting demons in order to kill them and get souls. You can then turn around and use these souls to give your hero additional strength and extra items that can help. The game features pixel style graphics that add another layer of fun and intrigue to this one. Your hero has plenty of magical powers to put to use and aid in the fight as you dodge and slash your way through this one.

With this being a new release it doesn't yet have any updates but it does already have a very impressive customer rating of 4.5 out of five stars. Players have called this one addictive, super cool, and great and they can't seem to get enough of this one. The game is free to use but there is an in-app purchase available for $4.99. 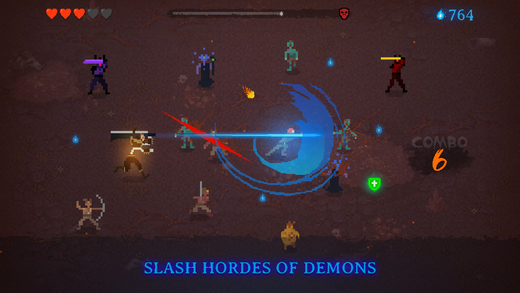 The Dark Slash: Hero app is filled with all kinds of fun features including the fact you won't just be fighting the demons but you'll also be fighting bosses who will really test out your skills. You can choose to either destroy the demons or you can use your powers to protect yourself. There are upgrades available that will unlock more powers and abilities for your hero plus more magic. The gameplay itself is really easy to follow and figure out as are the game controls which use natural gestures. Because the app supports Game Center you'll be able to check out where you stand.

The sounds deserve a mention as they are fun and let’s not forget the visual effects which will also impress you. It's all about finding those demons and destroying them so that the land is safe once again. 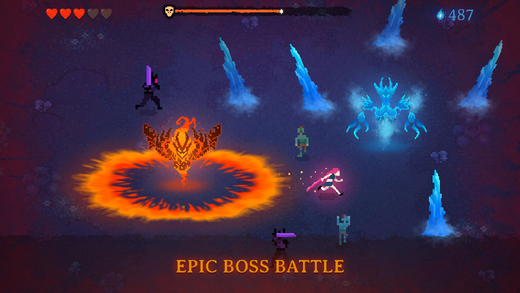 Take on bosses as well 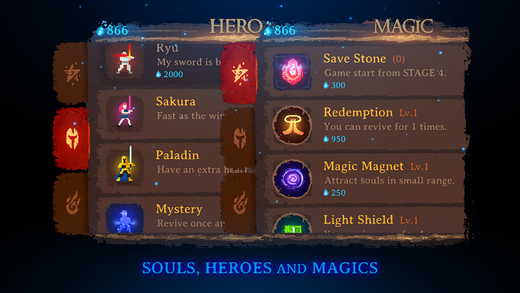 The Dark Slash: Hero app for your iPod touch, iPad, and iPhone will take you into a whole other magical world that is filled with some rather dark forces. This one is engaging, entertaining, and not short on challenge.