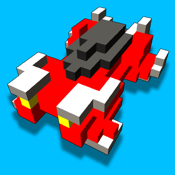 If you enjoy racing games you might want to checkout Hovercraft - Build fly Retry. This game isn’t just like every other racing game that you’ll come across in the App Store. Flying a hovercraft through the streets of a major city is a little different in itself but what makes this game really unique is the look and feel of the app. The vehicles in this game kind of look like Lego toys and they move through the streets as if they’re floating on water; it’s definitely different. This is a free app and it’s compatible with the iPhone, iPad, an iPod touch.

Every once in a while a game comes along that’s a little bit unique. Hovercraft - Build Fly Retry is one of those games. There aren’t many kids that didn’t play with Lego as a kid and the first thing you’ll notice in this game is that the vehicles look just like the Lego toys you played with. On top of that all of the vehicles appear to be floating through the streets; it gives the game a surreal feel to it that is simply quite different from any other racing game you’ll find in the App Store.

There are a couple of issues with this game that can’t be ignored though. The most glaring problem is the difficulty level. Every once in a while you’ll find the road completely blocked by vehicles that you simply can’t get around and so it’s game over. This is seriously frustrating and it happens over and over again. It makes it difficult to get hooked on this one, which is too bad because otherwise it’s a great little game. The other issue I came across was a feature that supposedly allows you to create your own custom hovercraft. They do provide instructions but it doesn’t really help. You can simply purchase alternate hovercrafts through in-app purchase if you like but this can get quite expensive. This app will require 87.3 MB of free space on your iOS device. The game controls in Hovercraft - Build Fly Retry are actually quite easy to learn. To get started you simply tap on the screen to start your engines. The hovercraft will automatically accelerate and all you have to do is to tap on the left or right of the screen to navigate around other vehicles on the road that appear up ahead of you. The craft handles as if it’s floating through the air which is a really cool effect and you’ll want to keep your eyes out for coins along the road. If you collect enough of these you can buy different hovercrafts without having to purchase them from the App Store.

The other nice feature about this one is that you can actually replay your previous game as a video to see what you did wrong. This would be great if it wasn’t impossible to get around some vehicles. You can also share your game through social media or compare your score against other players in the Game Center. 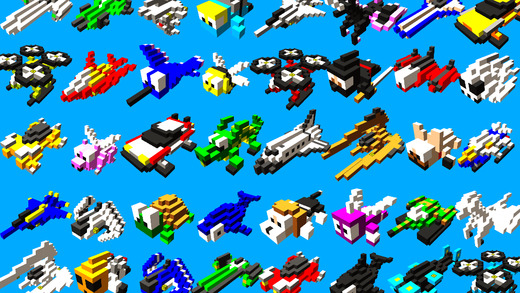 Hovercraft - Build Fly Retry is a game with a lot of potential. The graphics are pretty interesting and the controls work well but the game often has roadblocks that you simply can’t get past. There’s nothing wrong with making a game challenging but it has to be beatable or you’ll soon lose interest. Until the developers work out the kinks I would give this one a pass.