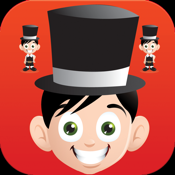 Brainy Little Master - a Live BrainWaves Game is an iPhone and iPad game that will test your child's general knowledge of many subjects from astronomy to history and science. Users are presented a multiple choice question and awarded points based on knowledge.

Brainy Little Master is a great multiple choice knowledge-based game. When playing you are presented with four answers to one question. The game is set so that your four answers are above the letter choice buttons rather than hitting the word answer. This took a minute to catch on to and I kept tapping the words, but it's not a hard adjustment.

The next thing to know is that for a correct answer you will earn 50 points, but if you get it wrong then you will lose 20. As long as you get it right within the first few tries then you're not going to be out that much, but otherwise it's the whole two steps forward, one step back adage. It's not a huge penalty, but enough to make you think harder before you jump at the next answer. 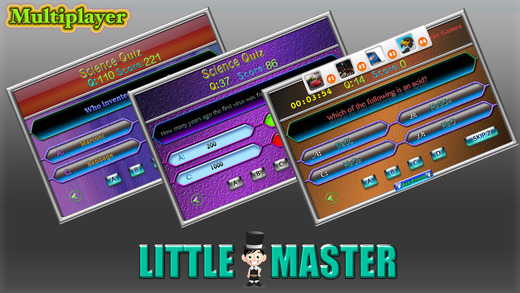 Brainy Little Master has a great selection of general knowledge questions such as who invented penicillin, how many planets are in the solar system, and how old our solar system is. Due to the multiple choice nature of the questions, you can look at the numbers and rule out the ridiculous ones. The number of planets for example gives you five, eight, nine, or ten. You need to remember that Pluto is no longer classified as a planet to get eight, but kids are taught that there are eight planets now.

As far as layout and functionality go, the app is nice to look at and easy to use. Just hit play, wait for a few people to join your game through Game Center and you're ready to go! I played a few rounds, and there are about five questions per round. This makes it quick to play, so you can earn some points when you have a chance rather than dedicating an hour to playing. 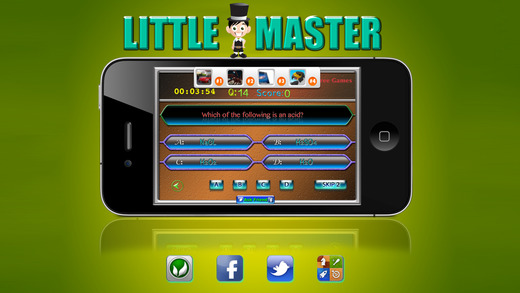 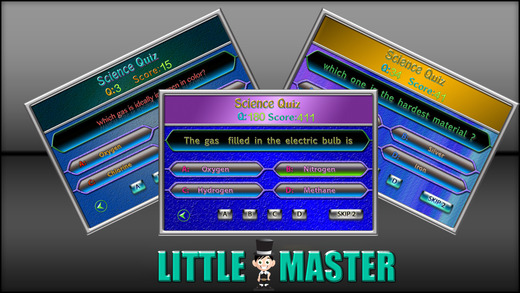 Brainy Little Master - a Live BrainWaves Game is an iPhone and iPad game that will have your students or children learning general knowledge in a fun multiple choice manner. They can put their learned facts to use by competing with other players on Game Center, and track their score too. Overall, it was fun to play and easy to use.