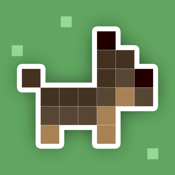 Dashy Dog app review: a fun game of bopping dogs to keep them from pooping on your lawn

Dashy Dog is an iPhone and iPad game that requires you to bop the dog on the head with a mallet before it poops on your lawn. If you don’t get its head then it will poop and then its game over.

Dashy Dog is a game that requires you to bop the dog on the head with the mallet before it poops on your lawn. If you miss its head then it will poop on the lawn and you will lose. Fortunately, after a couple missed rounds, you get the hang of it and you are able to bop it on the head fairly easily. The dogs aren’t that tiny, and the mallet is also fairly big.

I rather liked the large pixel look of the game. The dog was easily discerned from the other features on the screen, and there was even a giraffe that popped up on the screen. I wasn’t expecting that so I was aptly distracted into missing the next dog. If you’re not ready to bop the dog on the head then you can wait a minute for the dog to come back for a better bop rather than missing. The first few dogs wander a bit to give you a chance of hitting them. Dashy Dog has animal decoys as I mentioned above. There is a giraffe, and other decoys that you have to avoid. The fact that the dog immediately poops on the lawn was rather hilarious to my kids, as they weren’t expecting it. In fact this was  a decoy in itself the first few rounds because they’d try to get the dog to poop on the lawn rather than continue the game.

The game will test your accuracy and reflexes though, as you have to get the dog’s head and not just the dog. Initially I didn’t know what I was doing wrong, so keep this pointer in mind. The kids also liked that it was easy to pick up and play, but also put back down later if you only have a couple minutes to play. 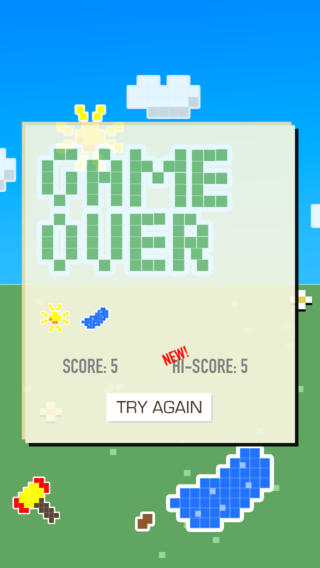 Dashy Dog is an iPhone and iPad game that has you bopping the dog on the head with a mallet. If you miss the dog’s head, then it’ll poop on your lawn and you lose. There are also other decoys that will distract you from getting the dog on the head, but that’s all you have to do to play the game and earn your personal best score. I didn’t really like the game just because it has poop, but my kids who enjoy potty humor did find the game to be funny and fun.