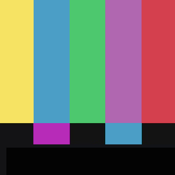 Anyone who’s ever attended college probably has a few stories that they really don’t want anyone to know about; the problem is they often don’t decide that until after the fact. For those of us that went to college in the '90s that wasn’t a problem as the Internet was in its infancy and smartphones didn’t exist. The odd snapshot might have been taken, but for the most part those wild college parties simply became something of legend with no real evidence to prove they really happened.

In today’s social media driven universe all that has changed. Every wild moment is often available to view online in a matter of minutes. Quite often these get censored on apps like Facebook or Snapchat, but now there’s a new player out there with a lot less censorship. Yeti Campus Stories will generally let you get away with things you wouldn’t on the more mainstream platforms. This is a free app and it’s compatible with the iPhone, iPad, and iPod touch.

If you’re looking for an alternative to Snapchat and Facebook without the censorship then you’ll probably want to check out Yeti Campus Stories. This is an app with few inhibitions. When you explore this app you’ll find just about every type of wild college moment you’d expect to find on a campus and probably a whole lot more. This might sound great but there’s a reason that the more mainstream apps have some censorship in place; let’s face it, our actions do have consequences.

The best iPad apps for teachers

The first few times I tried to open Yeti Campus stories I ran into the same problem over and over again but it just kept shutting down on me. It wouldn’t let me run the app at all. After uninstalling in and reinstalling it three times I finally got it to work. This in itself was enough to turn me off the app, but I soon realized censorship is not always a bad thing. There should be some limits and if they don’t put some in place this app won’t be around very long. The other thing I didn’t like about this one is that it’s limited to a few popular colleges: if yours isn’t in the list you’re out of luck. This app will require 3.8 MB of free space on your iOS device.

This app has a lot in common with Snapchat, with the main difference being that the photos are meant to last a bit longer. If your school is one of the ones included you can add your own photos or videos to the feed. When you first log on the app will use your location services to find the closest compatible school near you, if that’s your school simply tap on it and you can get started.

You can leave a description with your photos and videos and share them with other schoolmates. If your photo gets enough views it will be included in the trending feed. You can also use the Peek feature to explore your school or any other that’s included with the app. It’s certainly entertaining, but there’s definitely no restraint on display whatsoever. This app’s definitely not for children. 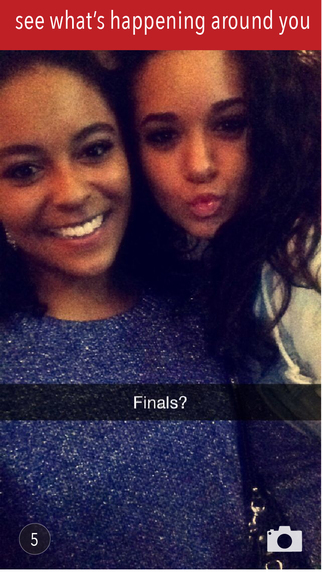 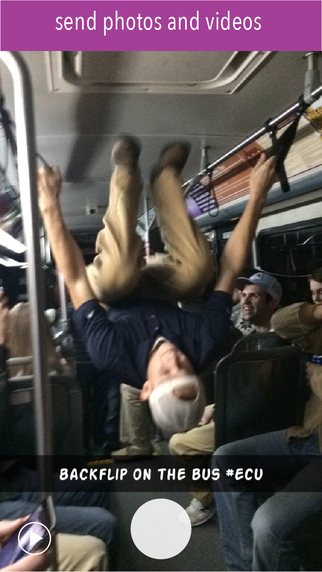 If you’re looking for an alternative to Snapchat and Facebook with a lot less rules then Yeti Campus Stories may just be the app you’ve been looking for. When you can get it to work it certainly has a lot of interesting material, but it is prone to crashing. It’s also limited to some of the more popular schools so if yours isn’t on the list you’re out of luck.