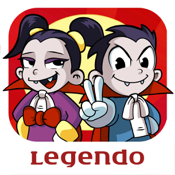 Dracula Twins is an iPhone and iPad game that stars Drac and Dragana, the vampire twins. They must save their friend Franislav from the evil Doctor Lifelust to complete the game.

When vampire twins Drac and Dragana’s friend Franislav is captured by Doctor Lifelust in Dracula Twins, this fun 16-bit style platformer starts to take shape. The zombie-loving vampire hunter wants to create an elixir of life with vampire blood so he can live forever, but he accidentally captured the best friend of the twins. Now he must fend off their hunt, but the twins must also avoid the doctor’s undead army that has invaded Transylvania and taken control of the Castle Moonskull, the Dracula family’s age-old residence.

The game follows this storyline, and there are twists and turns at every level. This fun game with console-style gameplay and snappy controls will have you coming back for more! The levels are packed full of monsters, traps, and even undead monsters, and you can see where everything is using the worldmap for each level. I also liked that the characters are in horror-comedy style with bug-eyed zombies, drooling werewolves, and of course the players themselves. 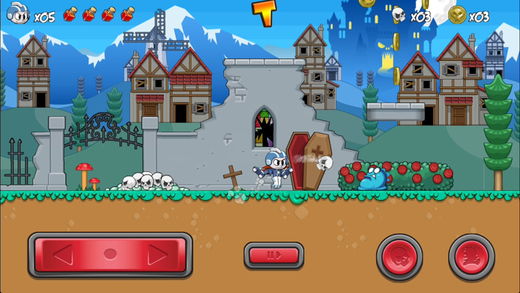 Dracula Twins also features a multiple character play so when you’re in the game you can play as Drac, Dragana, or if you ransom or rescue him, even Franislav. This changes the view, the character’s movement, and the overall feel of the game which I really appreciate. I also liked how each character provides a slightly different game when you’re playing.

I’m also a fan of the worldmap. I don’t play many games with maps, but back when I was playing 007 on the N64 there was a handy little map in the bottom of the screen that would help me find my way through the maze of the levels until I got to know them on my own. I loved being able to sneak up on the other characters, and in Dracula Twins you can start to do this too once you get a feel for the game and the map. 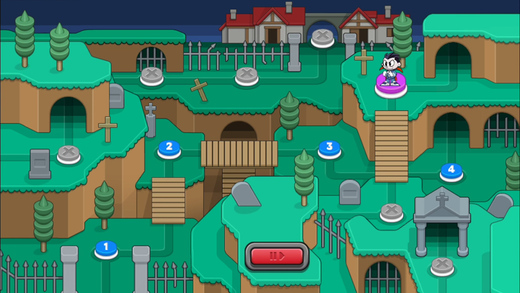 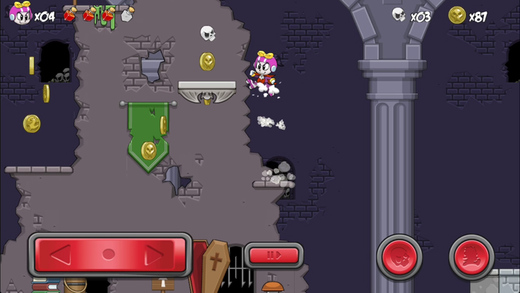 Dracula Twins is an iPhone and iPad game that will have you coming back for more when you complete the levels. It’s fun to play, and encourages team work through the multiple character play. I liked this feature as each character feels different in the game. I also appreciate the worldmap because it allows you to see exactly where you are and where you need to go. Overall, it was a very fun game to play, and I would suggest it to anyone who enjoys vampires and zombies.