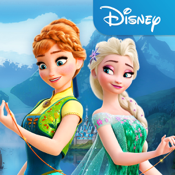 One of the best ways of entertaining your kids is by reading a comic book to them or allowing them to watch one on your mobile device. Disney has developed a new iOS application called Frozen: Storybook Deluxe that is tailored to entertain kids through a thrilling comic story of two sisters. It is compatible with iPhone and iPad devices. The default languages are English, French, Italian, Japanese, German, Spanish, and Russian.

Frozen: Storybook Deluxe is an award-winning app that is tailored to entertain kids for hours through the story of the Frozen film whose main characters are Elsa and Anna. The two characters are sisters who have completely different points of view. As your kids follow the story, they will acquire essential life skills and in addition, they can flip the mobile device to read, see, and hear the different perspectives of Elsa and Anna.

The best iPhone apps for Marvel

The app also offer an interactive play section where a child can create a custom-made snow globe and recreate some of the scenes in Frozen using the many drawing tools that it offers. There are also many film quotes, surprises, and spectacular animations that will tickle your child. 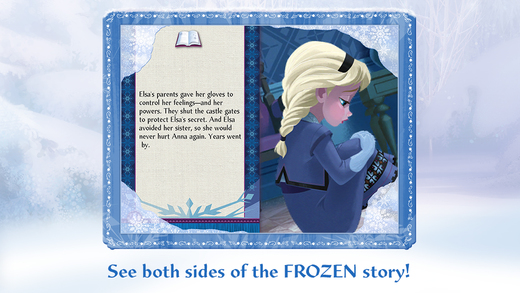 One of the features that make Frozen: Storybook Deluxe is that it offers two storytelling options: users can choose to read the story or listen to the narration. In addition, kids (or adults) can record their own voice as they read the story aloud.

Another major highlight of the app is that it allows kids to test their creativity skills by recreating scenes and crystal palaces from the film using ice craft tools. There are also a number of short clips from the actual film that will help you to get a better understanding of the story used to create the movie.

One of the stories that you can read or watch on the app is Frozen Fever. The developers have worked hard to come up with exciting graphics and animations that will help your kid to understand the film better. However, it is recommended for parents to give their children a lending hand during the initial stages to ensure that they derive maximum utility from the app.

More importantly, all the art tools that the kid should use to create an icy art are provided. Each is represented by a unique icon to avoid any confusion. It is also important to note that your device does not have to be connected to the Internet, as the whole story is stored on your device once you download it. 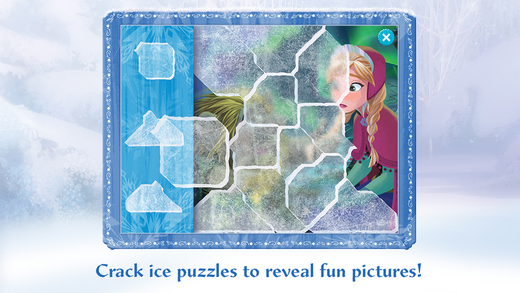 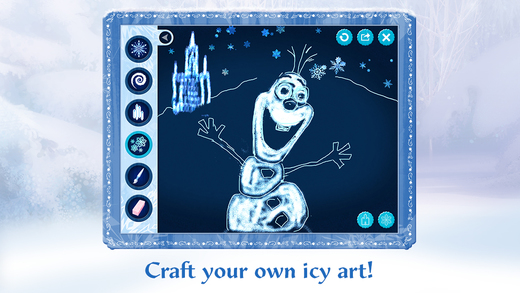 Frozen: Storybook Deluxe is an amazing iOS app that you can count on to keep your kid entertained throughout the weekend. It will also equip them with essential reading skills that will come in handy at school.