Manga is by far the best version of Japanese comics as evident from the ever-increasing number of people who love watching and reading it. Crunchyroll, Inc has developed an iOS app for manga called Crunchyroll Manga.

The Crunchyroll manga app for iPhone is designed to provide users with all the latest Manga titles. It is compatible with iPhone and iPad devices.

Continue reading our manga app review to see if this is one of the best manga apps for iPhone comic lovers.

Get New Manga Titles as Soon As They Are Released

Crunchyroll Manga is a premium application that is tailored to give you access to all new Manga titles that are released into the market.

One of the benefits of using this application is that you do not have to spend hours on the internet researching about these comics. The app will notify you using push notifications whenever a new title is released.

It is important to point out that this is a premium membership app and you will never come across nasty ads while using it. Despite the fact that this type of comics is mostly popular in Japan, you can still use it from all across the globe as long as your device is connected to the Internet.

By downloading it, you will get comprehensive data of all Manga comics such as Attack on Titan, Fairy Tail, Space Brothers, and Coppelion. 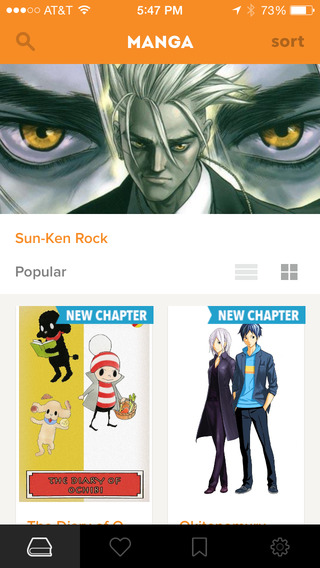 Full mobile support is one of the major features that Crunchyroll Manga an upper hand in the market. It has a smart Koma-View that provides maximum scale per panel. This will go a long way in ensuring that you get the best experience as you read the comics.

Unlike other similar mobile applications, this one offers unlimited reading access and you will not be charged an extra penny. The geniuses behind it also worked smart to include a smart alert system that is tailored to notify you whenever a new title is made available.

The interface is very user-friendly and easy to navigate. For instance, it has a search tab that you can use to locate all a new comic by just typing its name. If you wish, you can set it to only notify you of new series, new chapters, or both by changing the settings.

Each Manga that is provided in the app has a short description to give an idea on what it is all about even before you decide to read it. More importantly, the developers use modern graphics to describe the various scenes in the comics. 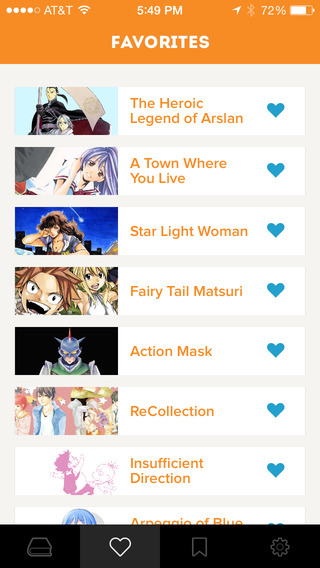 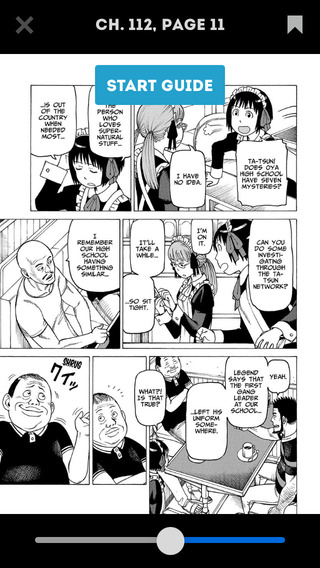 Crunchyroll Manga is a reliable app that you can count on to give you accurate details on all new and existing Manga comics.