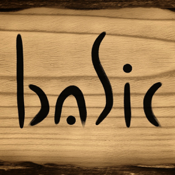 If you are looking to create your own programs on your iOS iDevice, then this app is hands down the best on the market.  Elena Kolchina has developed an incredible app that even inexperienced programmers can use to learn all the basic principles and techniques of programming. Simply put, this application is an extension of the basic programming language used by developers all across the globe.

The best iPhone apps for programming

smart Basic is a dedicated mobile application that has advanced retina-friendly graphics functions as well as animated sprites with touches, collisions and sprite sheet support. The developers put a lot of effort to make the interface as user friendly as possible. Once you launch it, it displays text fields, sliders, switches, and even buttons that you can use to acquire programming skills that you have been yearning for. Additionally, the interface is tailored to support additional TTF fonts and the objects displayed can be grouped together in moveable pages.

smart Basic also has an in-built compass that you can use to make informed decisions as you code as well as an intuitive accelerometer. It's also important to note that it has a multi-touch that supports up to 11 simultaneous touches. You can use your device front or back camera to take photos and record videos without having to close the app. 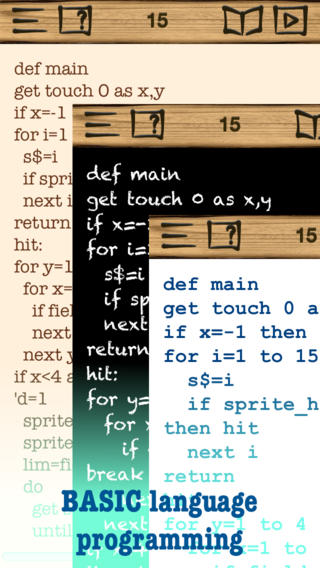 One of the best features is that it allows users to run the program from another iOS app, as well as access files and directories at any coding stage. This makes it an ideal choice for both new and experienced programmers.

It also comes with programmable browsers, HTTP commands, hosts, and ports pinging that you can use to set up a solid network for your office or house. The developers have also incorporated advanced music and video feature that you can use to playback MP3, MIDI, MOV, WAV and MP4 FILES.

smart Basic also has an integrated MIDI synthesizer that has a dynamic musical notation, 128 in-built instruments that supports additional SF2 and DLS sound fonts and 16 tracks.

To give you the best programming experience, it has a skinnable interface and customizable code editor. While on the app, you will be able to access your Dropbox cloud storage account to transfer files. The programs that you create using it can be run from Apple desktop screen with your own icons.

New users will also benefit from the sample programs that are tailored to provide them with an insight on how to program apps. 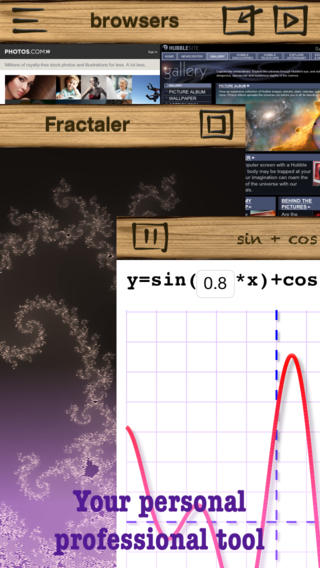 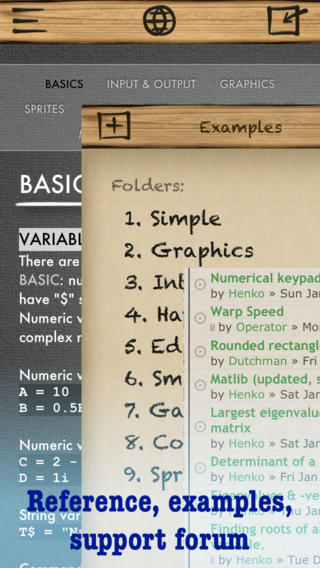 smart Basic is a reliable iTunes application that you can use to learn basic programming language without spending a fortune. If you are looking to create programs on an iOS device, then this is the app for you.