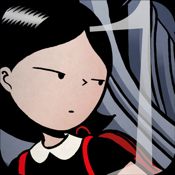 Suee and the Shadow Pt 1 app review: an interactive graphic novel for any device

Suee and the Shadow Pt 1 is an iPhone and iPad book that will take you through Suee’s second day at her new school. Strange things are already happening, and her unexpected companion begins to take shape.

A Graphic Novel for Your Devices

Suee and the Shadow Pt 1 is a graphic novel that will work on any of your devices. It is what’s called a universal app, so whether you have an iPod touch, iPhone, or iPad, you can read through this fascinating story. The Digital-first platform is also a great choice. I have looked through several Digital-first graphic novels now, and the options for animation and interactivity really impress me. Suee’s story didn’t disappoint either.

This story is broken down into four episodes, of which this is the first. The total story has 110 pages of cute but dark illustration, and you can read it like a real book by flipping the pages. What is immediately different though is the eerie background soundtrack that sets the mood. Often when reading paperbacks or ebooks, I wonder what the story would sound like and realize I’ve been creating my own set of sound effects. With the Digital-first platform, the developer can set the mood with their own chosen soundtracks. 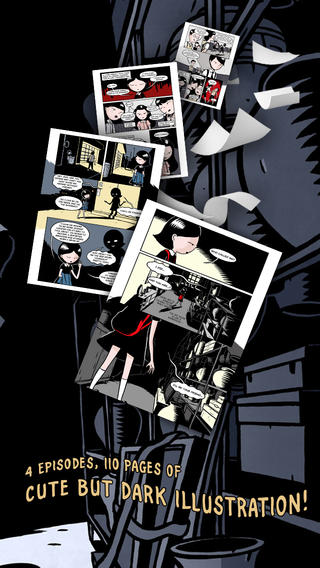 Suee and the Shadow Pt 1 features Suee, a quiet girl who has never had many friends. While she insists that this is by choice, she suddenly has to contend with a most unexpected companion: her shadow. Her shadow talks too much, and has a mind of its own. Her troubles begin when she passed out in the school exhibit room on her first day after hearing a strange voice speaking from the darkness.

I’m not going to go through the whole story and ruin it for you. The interactive touches, the details that are included in the illustrations, and the thought that went into developing the app are all apparent as soon as you open it and start to read it. My son is very into graphic novels right now, and I downloaded this for him to try out. He very much enjoyed reading through it, and devoured it in an evening. 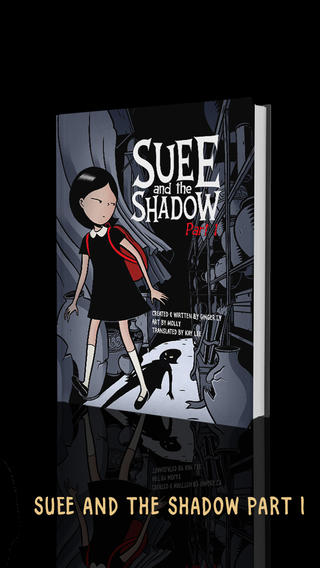 Suee and the Shadow Pt 1 is a universal app that you can read on your iPhone, iPad, or iPod touch. The possibilities for reading it are open which is a fantastic feature. I prefer to read it on my iPad just because it’s bigger, but my son was able to read it on his iPhone 4, and I initially tried it out on my iPhone 5c. The graphics, interactive features, soundtrack, and whole package are fantastic. Overall, I really enjoyed this app.