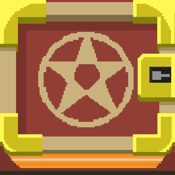 RPG apps have always enjoyed a significant amount of popularity. This goes all the way back to the Dungeons & Dragons board game craze of the late '70s and '80s. There’s something about immersing yourself in the world of a fictional character that captures the imagination, but these games aren’t always for everybody. They require a higher degree of concentration than other games because of the complex nature of the characters and worlds that you’re involved in. Some of us just want to play a simple game as a bit of a time waster: we don’t want to get involved in complex tasks or roles.

RPG Clicker is a simplified role-playing game that bills itself as an easy-to-play alternative to the standard, but unfortunately it doesn’t quite live up to the hype. Let's examine further to see if this is the best free RPG iPhone and iPad app.

There are tons of role-playing games in the App Store: there’s literally something to appeal to just about any taste. In such a competitive category a developer has to bring their A game to stand out from the crowd. RPG Clicker definitely fits the bill as a simple-to-play role-playing game, but it falls a little flat in its fun factor. This game is just a little too simplistic to be considered a serious contender in this category. It’s not because of the 8-bit graphics as there are plenty of games that are highly addictive with simple graphics. This game just isn’t challenging enough to attract too much attention.

On top of its very simplistic play this app is also full of ads. There are banner ads at the bottom of every screen, and full-paged ads pop up from time to time right in the middle of the game. This game also lacks any real instructions: there are little clues and suggestions placed sporadically throughout the app but no comprehensive set of instructions. This isn’t really a difficult game to figure out, but there is enough going on that it would benefit from a formal set of instructions. This app will require 10.8 MB of available space on your iOS device. 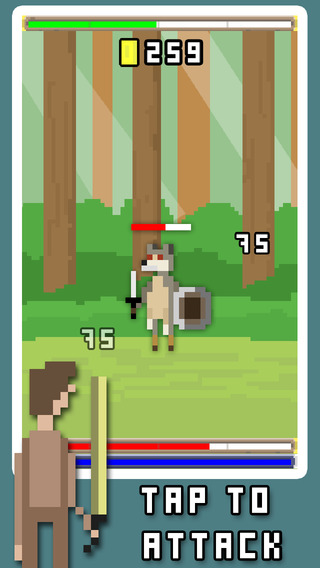 RPG Clicker features a very simplistic graphical interface which isn’t always a bad thing, but in this case the graphics are just a little too simplistic. In fact, these graphics are so basic the characters are barely recognizable. This wouldn’t be so bad if the gameplay made up for it, but it doesn’t. Essentially all you do in this game is tap on your adversaries to shoot at them until they die or you do. There’s no dodging or moving; it’s just a straight on attack. There are bosses at the end of each level which are somewhat more difficult to defeat, but the whole process never changes. The concept is the same from level to level.

The best slots apps for the iPhone 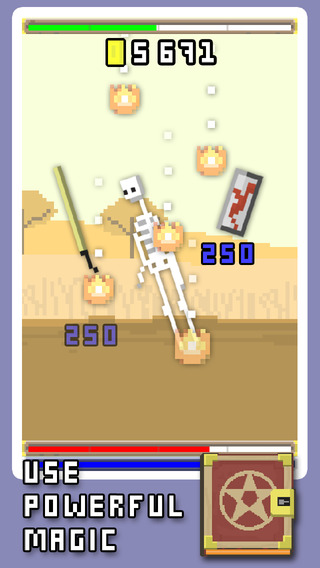 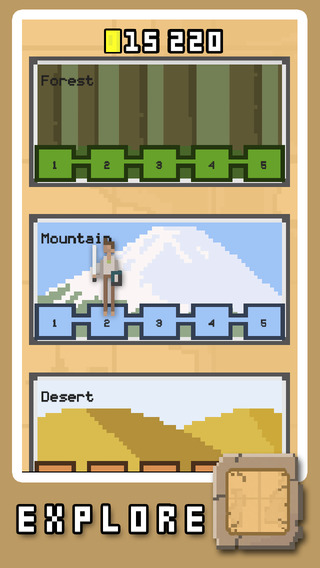 Even if you’re a fan of classic 8-bit video games you’ll probably want to give RPG Clicker a pass. This game is just too simplistic and the graphics leave something to be desired. There are certainly classic 8-bit games in the App Store that are a lot more worthwhile than this one.