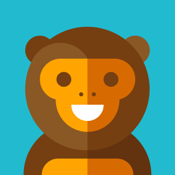 Reveal by Kindr Inc. is a new type of social media app with the potential to change the way you look at social media. This app is meant to be a forum where you can reveal what’s on your mind, and any questions you may have. The idea is to keep it short and simple. You can certainly do all of these things on Twitter or Facebook, but that’s not their primary purpose. It’s an app with a lot of personality and a friendly interface. This is a free app and it’s compatible with the iPhone, iPad, and iPod touch.

The best iPhone apps for nutrition

Reveal Your Thoughts and Questions

For an upstart app like Reveal wants to compete against the likes of Twitter or Facebook it needs to offer a completely new approach to social media. Reveal attempts to do this by focusing on trying to drive an ongoing discussion through encouraging its users to as short questions of other users, or by revealing short snippets of information about themselves. There’s nothing stopping you from doing the same sort of thing on Twitter or Facebook, but there’s no guarantee that other users on these networks will be on the same wavelength as you. With Reveal everyone is on there for the same or similar reasons.

The best fashion magazine apps for iPhone and iPad

There are no ads in this app, but there are in-app purchases in the form of custom stickers you can use to spice up your posts. The app works fine without them though. The biggest problem I had with this app wasn’t the in-app purchases though it was the lack of a serious user base, or, at least that’s how it seems. As I scrolled through the apps main feed to get a feel for it I came across posts by the same few people over and over again. This may not simply mean that other users don’t post very frequently but it’s difficult to know for sure. The other thing I didn’t like about this app was that it requires you to provide you’re phone number for an activation code and I’m not sure why this is necessary for a social media app. This app will require 51.1 MB of available space on your iOS device. 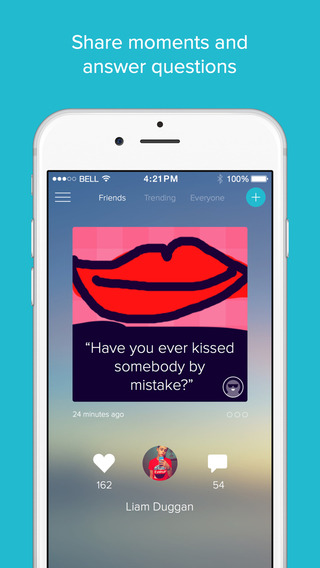 After getting through the sign-up process you can jump right in and get started. The interface is pretty simple, with each post featuring a large picture window with your question or comment featured in the center. You can like posts or leave comments just as you can in other social media apps, and the app also features a news feed that’s also common in other similar apps. It’s a pretty simple interface.

By default the news feed defaults to your friend’s posts, but you can also switch to the trending feed or a feed that includes everyone by tapping on the corresponding option at the top of the app window. To add your own post you simply tap on the plus sign in the top right corner. You can spruce it up with different icons and backgrounds as well. There are also extra stickers you can download to use with an in-app purchase. It’s actually quite a lot of fun. 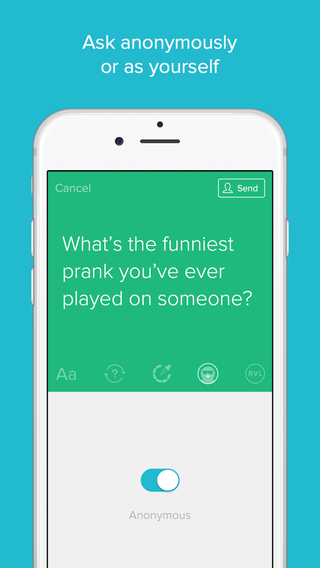 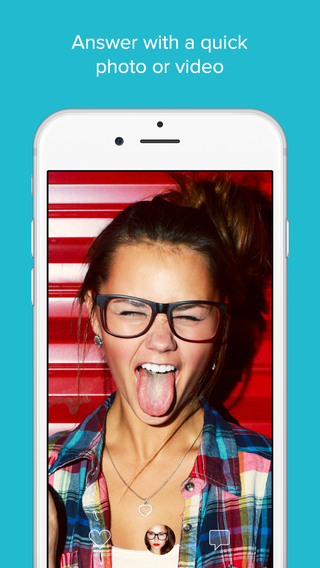 Reveal is a new social media app with a lot of potential. It encourages its users to post questions of others or provide thought provoking comments. With the dozens of available backgrounds and stickers you can definitely have a lot of fun with this one. As more people jump on board it’s only going to get better.