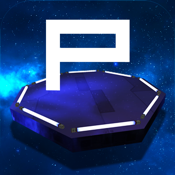 Space Platform app review: a platform game to save the human race

Space Platform by Ahmed Imam is a game set in humanities distant future. It’s the 25th century and you’re the only one left to find the piece from a scientific project that can rebuild the human race. This is a game with a very good background story and you would hope that would lead to some excellent game play and hours of fun – unfortunately that just isn’t the case. This is a slow moving game with at best average graphics that won’t appeal to too many gamers. The developer acknowledges the slow game play and suggests this is a strength of the game as it requires a lot of thinking and the ability to develop a clear strategy, and while that may be appealing to a few people it just doesn’t live up to expectations. This app is available for purchase from the App Store at a cost of $2.99 and it’s compatible with the iPhone, iPad, and iPod Touch.

Navigate the Platforms to Save the Human Race

It’s hard to compare this game to other games as it is actually quite unique. There are other games in which you have to move between moving platforms or at least games that include these aspects in their game place. This is quite common in side-scrollers such as the Mario series of games, although these types of games also include a lot of other aspects to their game play. That is essentially the main problem with Space Platform – the game play is too one dimensional. In this game you do the same thing over and over again with increasing levels of difficulty, but not enough variety to make it overly interesting.

There are no ads or in-app purchases in this game which is a big plus, but that may be where the positive features end. As mentioned above, the graphics are average at best and the game play just doesn’t make up for it. It’s one thing for a game to move slow because of the advanced strategy required, but this one moves far too slow to maintain most people’s interest for any length of time. There’s also no instruction which adds to the frustration you’ll experience with this game. This app will require 91.7 MB of available space on your iOS device. 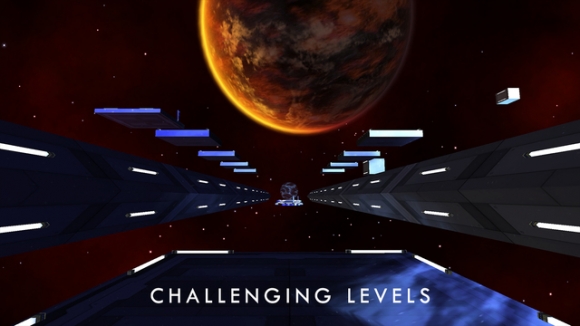 If you read the background story on the Space Platforms App Store description you’ll get the gist of what your objective is in this game. Basically, the entire human race has been wiped out by terrorist and you’re the last human survivor awoken from cryostasis after 200 years to try and bring back the human race. You can do this by finding the pieces of a project called Sapien and putting them back together to reproduce humans.  You do this by jumping from platform to platform to complete each level. To move there are two simple controls a target marker that you tap and hold to move forward and a set of arrows in the bottom right corner that you tap on to jump from one platform to the next. You can also use switches to change the path of platforms creating shortcuts to your goals. When you complete a level you gain one piece to put the Sapien project back together.

While the game sounds intriguing it simply moves far too slow to maintain your interest. Even those that enjoy thinking over a good strategy will find issues with the pace. A game has to strike a good balance between strategy and pace to achieve any real popularity and Space Platform just doesn’t achieve this. 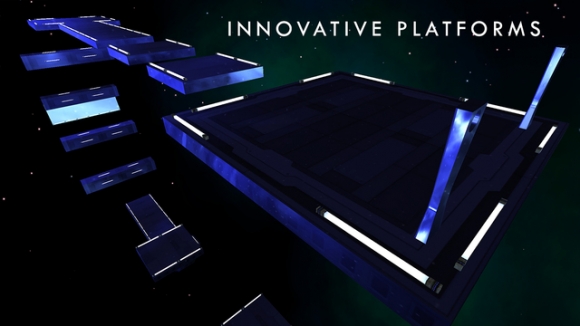 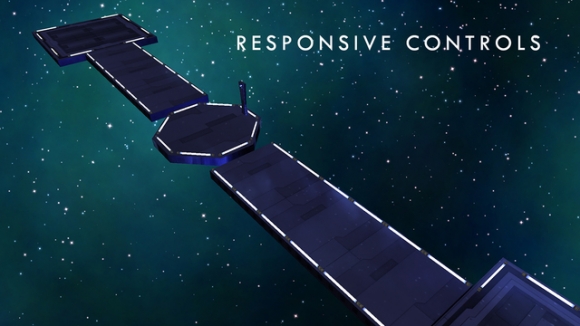 Space Platform is a strategy based platform game set in the 25th century. The developer promises a challenging game requiring a lot of strategic thinking but unfortunately this one moves at far too slow of a pace to appeal to most people. It’s an interesting concept – it just doesn’t live up to its potential.