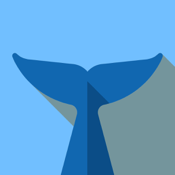 Flipper - Mirror Image Reflection Editor by Aleksandr Romanchev is a photo and video app that allows you to take a photo (or one from your camera roll) and turn it into a photo with a mirror image effect. This iOS app is compatible with iPhone, iPad, or iPod touch, as long as the device has iOS 7.0 or later. It is available in a plethora of languages as well, so most people should have no trouble finding a language they can easily work with, here. There's isn't a lot of language actually needed, though, so even if a user couldn't find a compatible one, he or she could still use the Flipper app.

The Flipper app opens into a very basic home page with the image of a whale's flipper and two prominent icons: one to open the device's camera app and one to open Camera Roll. A less obvious icon in the bottom right sends you to a page where you can pay to remove ads, tell your friends about the app, rate it in the App Store, ask for support, or see the developer's other apps.

Once you've granted Flipper permission to access your camera and photos, you're off! Choose your photo or take one, then select the type of mirroring effect you want. You can swipe on the image to edit how the effect should look. There are many options, including side-by-side, stacked, and even diagonal mirroring.

Now you have the image how you want it, swipe right to left to go to the next screen, where you can upload to Instagram, save to your photo album, share with Facebook, or open in a variety of other apps you might have.

Use gestures to enlarge, shrink, and move the mirrored images around. It's very intuitive and easy to use. 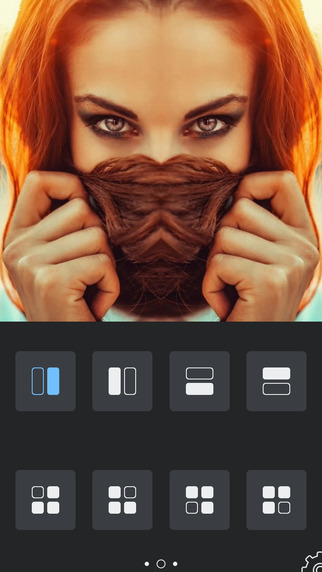 The first time I swiped right to get to the next screen after editing my photo, I was sent to an ad that lasted 15 seconds before I could exit it and continue with my photo. I'm not sure how often this would happen, but if it's frequent, users may want to spend the extra money to get rid of ads just for time savings. I don't know about you, but I don't have time for that. 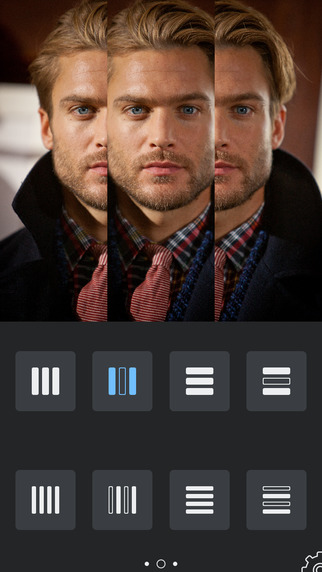 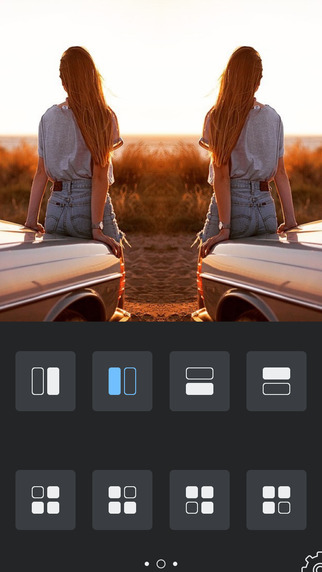 Overall the Flipper - Mirror Image Reflection Editor is a simple, straightforward app to use. If you're only going to be using it once in a while, the ads might not bother you too much, but if you can't be bothered to sit by for 15 seconds as a full-page ad takes over your screen, then you may want to invest in the in-app purchase to get rid of the ads entirely. I like that there are several different choices but maybe there should be other editing options within the app, since it's a pain to have to go into another editing app before this one.