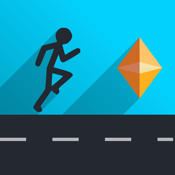 Once in a while you come across a game that kind of makes you scratch your head little bit. The game might not overly impress you with its graphics or sophisticated game play, but the simple rules, and something just a little intangible, keeps you coming back for more. Pop the Lock: Circle Run by Hiep Nguyen is definitely one of these games. There's nothing complicated about the gameplay, but it's cute, addictive, and a whole lot of fun. The other thing that this game has going for it is that it's definitely unique – I've never come across a game quite like it. This is a free app and it's compatible with the iPhone, iPad, and iPod touch.

When you think about games that have taken the App Store by storm in the last few years you might think about Angry Birds, Flappy Birds, and games such as Bejeweled. When these games first came out they were something unique, something we hadn't seen before. They weren't overly complicated compared to games such as Call of Duty or Halo, but there was something about them that kept us coming back for more. Pop the Lock: Circle Run has captured the same sort of intangible quality that we’ve become accustomed to in games such as those mentioned above.

While this is a great little game, it does have a couple of issues that detract from it a little bit. There are ads in this game, although they don't bother you while you're playing the game – they only appear after each game is completed, but it happens every single time. The other unfortunate part about this game is that they don't provide you with any kind of introduction, or instructions. The only way you can figure out how to play this game is either through trial and error, or by reading its actual App Store description. While it's not a hard game to play, this is definitely a curious omission. This app will require 6.7 MB of available space on your iOS device. 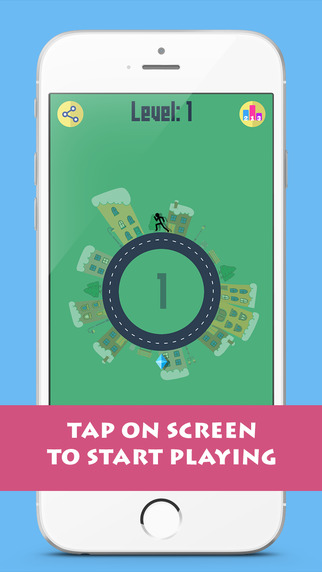 As we've suggested above Pop the Lock: Circle Run is a really simple game to play. Once you've figured it out it doesn't really get any more difficult, the rules don't change, and there aren't any real new items introduced into the game at any point. What makes this game hard is the increasing speed and frequency of objects in your way.

Basically, you control a little man that's running around the globe, and every time he comes in contact with a diamond you have to tap on the screen before the diamond goes by you. What makes it really interesting is when the diamonds start coming back to back.  Every time you hit a diamond your course is reversed. It's a real good test of your reflexes. As easy as this game may sound, it's actually very challenging. Each level you complete requires you to collect one more diamond than the previous level to complete it. That's really all there is to it, but you won't be able to put it down. The sound effects are pretty cool too. 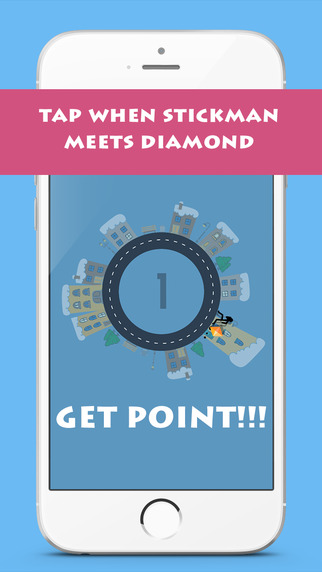 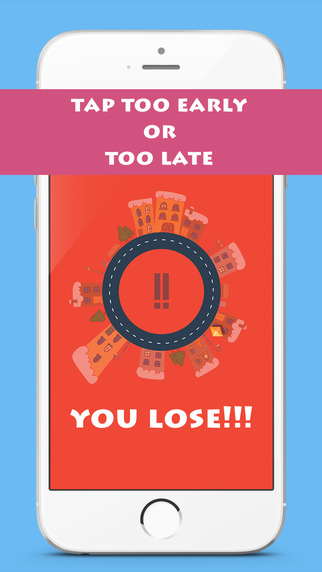 Pop the Lock: Circle Run is a great little game to help waste some time on a Sunday afternoon. It's not a hard game to play, but it's definitely addictive. When you mention a game in the same breath as Angry Birds, or Flappy Birds you know it has to have something going for it. This one is definitely worth downloading.